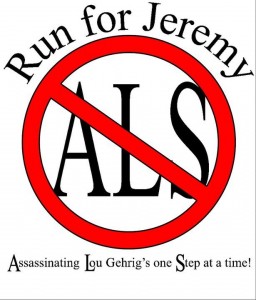 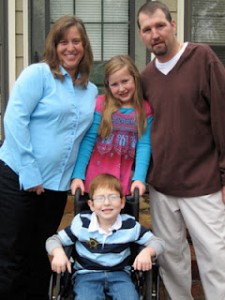 Help us Assassinate Lou Gehrig’s One Step at a Time at the 3rd Annual ALS 5k Run/Walk in honor of Jeremy Williams.

A few years ago a strong, dedicated football coach was diagnosed with a terminal illness called ALS, or Lou Gehrig’s Disease. Amyotrophic Lateral Sclerosis is a disease of the nerve cells in the brain and spinal cord that control voluntary muscle movement. The diagnosis alone would have devastated most people but not this coach, husband, and father of two. His unwavering faith and determination have shown people a picture of true faithfulness as well as raising awareness about this horrible disease.

We are holding a 5K race to raise money for the Emory ALS Center in honor of Jeremy Williams. When Jeremy was diagnosed with ALS he began a relationship with Emory University. This unique bond has played a vital role in his care.

Jeremy not only influenced those he has coached with his determination and faithfulness but he has made an impression on those he faced on the field as he played college football in Memphis, Tennessee. To his opponents he was known as the “Georgia Assassin.” As we Run for Jeremy in this race we are also wanting to Assassinate Lou Gehrig’s one Step at a time!

For more information about the cause, please visit www.runforjeremy.com. Click here to register online.