Sign Up for Our Newsletter: Subscribe
You are here: Home / BLOG / 4th Graders & Families Get Free Admission to National Parks 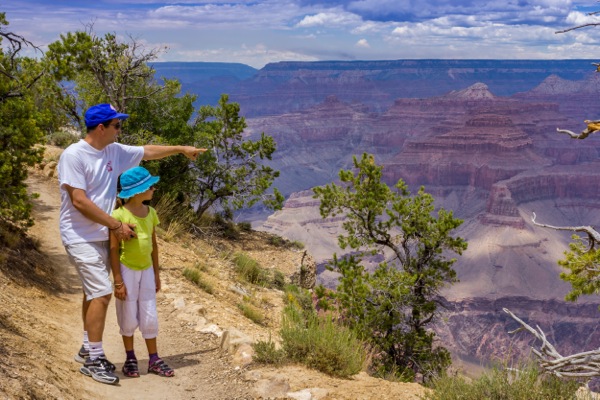 Got a 4th grader? Get her off the couch and into America’s National Parks!

Beginning September 1, 2015, all 4th graders and their families are invited to visit any of the United States’ 59 National Parks  — Free of Charge!

Because many states focus on state history during fourth grade, hence the National Park Service already has programming in place in many locations.

For real! That’s what happened the summer I was in the 4th grade.

Every year my parents took us tent camping in Cades Cove in the heart of the Great Smoky Mountains. We would ride our bikes around the 11-mile loop road, go hiking, and count the deer grazing in the meadows. Primitive camping with kids is always an adventure. Add unpredictable wildlife, and you get family tales that are retold for years to come.

That summer, a skunk came calling in time for dinner.  Apparently it had been startled recently, because the stench trailing behind it nearly knocked us sideways! For the record, it is extremely difficult to get a wiggly 3-year old to Not. Move. One. Muscle.

Later that week around bedtime, a family of bears came ambling through our campsite — followed by a park ranger and half of the campground residents. My parents still laugh at the memory of we kids (in various states of undress) erupting from the tent at the excited cries of, “It’s a bear!”

Forget bedtime stories, this was the real deal! We raced after the park ranger and bobbing flashlights to the edge of the campground. It wasn’t until the bear family had vanished into the dense forest that mom realized my little brother was buck naked!

What do Know if you Go: 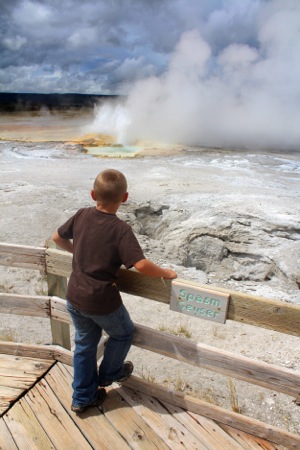 Beginning September 1, 2015, 4th grade students can sign up online to receive an “Every Kid in a Park” pass.

This pass will grant you and a carload of passengers free access to national parks, national forests, national wildlife refuges, and more! The pass is valid through the 2015-2016 school year.

According to National Geographic, the best national parks for children include Yellowstone in Wyoming, the Great Sand Dunes in Colorado, the Grand Canyon in Arizona and the Great Smoky Mountains in Tennessee.

Teenagers younger than 16 can already access the parks for free, but there is a fee for adults accompanying them and for the family car. An annual nationwide family vehicle pass is $80.