GIVEAWAY: Enter to Win Tickets to The Pout-Pout Fish! CLICK HERE!
You are here: Home / BLOG / Autism Misconceptions for Smarties 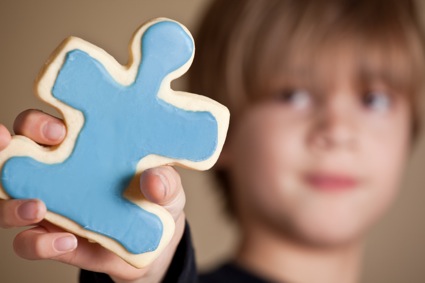 What’s the difference between a smarty and a dummy?

Merriam-Webster.com defines a smarty as “a person who thinks and behaves as if s/he knows everything,” while a dummy is “a stupid person.” As an autism parent, the smarties vex me more than the so-called dummies. In my mind, the dummy wins the smarts contest over the smarty, because the dummy likely knows he’s not the brightest bulb on the porch, while the smarty thinks he’s the klieg light. Lack of knowledge doesn’t make a person a dummy but, to paraphrase the poet Alexander Pope, a know-it-all lack of willingness to learn is a dangerous thing.

As we head toward Autism Awareness Month, I reflect on the eighteen years since Bryce’s diagnosis. At that time, the incidence of autism was 1 in 750; now it’s one in 88. There were misconceptions about autism back then, but ironically, so few people even knew the word that as awareness and understanding grew over the next two decades, so did the array of misconceptions. Today, despite notable advances in education, therapy and medicine, we still joust daily with autism myths and fallacies.

Let’s knock a few down here:

Autism misconception #1. All children with autism have savant-like abilities.

Autism misconception #2. A child’s meltdowns and anxiety attacks are intentional or manipulative.

Sensory overload, frustration, anger, persecution, fear, sleep deprivation, hunger, pain—for the child with autism, meltdowns always have a physiological or emotional source, and never come “out of the blue.” Not only are there numerous organic reasons why he might melt down, but the notion that he manufactures such distress to “get” the adults around him assumes a level of intent unlikely to be present in a child with autism.

Autism misconception #3. A child who is non-verbal has nothing to say.

If someone taped your mouth shut and took away your communication devices, would that mean you have nothing to say? Or would you have your same thoughts, needs, wants, and fears—but no way to express them? All humans need a functional means of communication. We’ve designated speech as our gold standard of interpersonal communication, the emphasis on “using our words” so dominant that when children attempt to communicate nonverbally, we often don’t heed it. Yet words are only a small part of interpersonal communication. We communicate through the nuance, tone, inflection, pitch, speed, and volume of our speech, through body language, facial expressions and emotional responses. It’s incumbent on us to listen to all the ways our kids are trying to communicate.

Autism misconception #4. If a child wants to have friends, s/he can’t possibly have autism.

Many parents want their children to have the same rollicking childhood friendship experiences they had. But not wanting a mob of friends isn’t the same as not wanting friends. Every kid with autism I’ve ever met wanted friends, but most are content with just a few. In one of my books, a middle-schooler answers his mother’s anxiety about his having only two friends with, “I don’t want a lot of friends. I can’t handle a lot of friends. More than one at a time stresses me out. I can talk to these two friends about things I’m interested in. They are great for me.”

Autism misconception #5. Children with autism don’t have the ability to empathize.

Whether motor, cognitive or social, not having skills does not equate to not having the ability to learn. Some kids with autism are naturally empathetic, but when they are not, empathy is as teachable as any other social skill. My own sons with autism and ADHD are among the most empathetic people I know because that’s what they were taught, what we nurtured and valued in them. A child with autism will not absorb social sensibility by simply being around and observing people with social skills. Like all children, there are a great many things kids with autism don’t know how to do until they are taught.

Autism misconception #6. A child must make eye contact in order to comprehend verbal communication from another person.

Do we have to look at a radio to understand a newscast or the lyrics of a song? Sensory multi-tasking is devilishly difficult for some children with autism, especially when it requires a visually-oriented child to process auditory information. Looking away from a voice (shutting out visual distraction) often results in better comprehension.

Autism misconception #7. A child who has difficulty communicating verbally is of low intelligence.

Oh, the arrogance of this misconception. If the child doesn’t communicate in our chosen mode, and if we fail to provide the child with an alternate functional form of communication that is meaningful to him, how does it follow that he is of low intelligence? If we can’t communicate, we will never know how intelligent he is.

Autism misconception #8. If a child consistently scores low on standardized tests, she must be cognitively delayed in addition to having autism.

See. #6. Until tests are adapted to the communication abilities of the child with autism, the only thing being tested is the child’s ability to take a test designed for a brain that operates differently than hers.

Bruno Bettelheim’s “refrigerator mother” theory was the original, ironically, Mother of All Autism Misconceptions. Although now soundly discredited, it lingers like stale cigar smoke. So let’s fumigate, now and forever: Parents do not cause autism, and . . .

Autism misconception #10. A child can stop being autistic if he just buckles down and tries harder to behave.

Autism is not a choice. Sensory dysfunction, communication difficulties, social cluelessness, anxiety, and fear are not choices. Being judgmental, making uninformed assumptions, declining to approach the child with patience, inquisitiveness, empathy and a problem-solving attitude are choices. In the adult-child equation, the burden of “buckling down and trying harder” belongs to the one with the vastly greater life experience.

The heroic social reformer Frederick Douglass refuted Pope’s “A little learning is a dangerous thing” with the warning that “the want of learning is a calamity to any people.” He also gave us an irrefutable truth we dare not ignore: “It is easier to build strong children than to repair broken men.” This is our charge, and this we do, every day, every time we reach out to dummies, smarties, and everyone in between, knocking down autism misconceptions, one mind at a time.

Contact the author for permission to reproduce in any way.

Ellen Notbohm is the author of one of the autism community’s most beloved books, Ten Things Every Child with Autism Wishes You Knew, and three other award-winning books on autism. Her work has informed and delighted millions in more than twenty languages. She is a long-time columnist for Autism Asperger’s Digest and a contributor to numerous publications, classrooms, conferences, and websites worldwide.

Muscogee Moms® (and dads!) is Your Guide to Family Fun. We are here to help you find fun events and activities for your family to do around the Columbus, Georgia Metropolitan Area. More About Us!