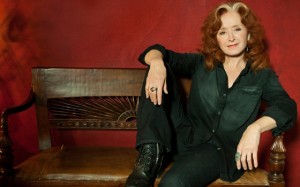 Passion, commitment, and expansive talent in the performance of a unique hybrid of blues, rock, and R&B have earned Bonnie Raitt critical acclaim.

As a nine-time Grammy Award®-winner, Rock-’n’-Roll Hall of Fame inductee, and one of Rolling Stone Magazine’s 100 Greatest Singers of All Time, Bonnie Raitt is an institution in American music.

More than just a best-selling artist, she is a respected guitarist, singer, activist and accomplished songwriter. With the recent release of her nineteenth album, Ms. Raitt marks her return to touring after a several-year hiatus. She says, “I’m as excited about this tour as I was about my first album.”