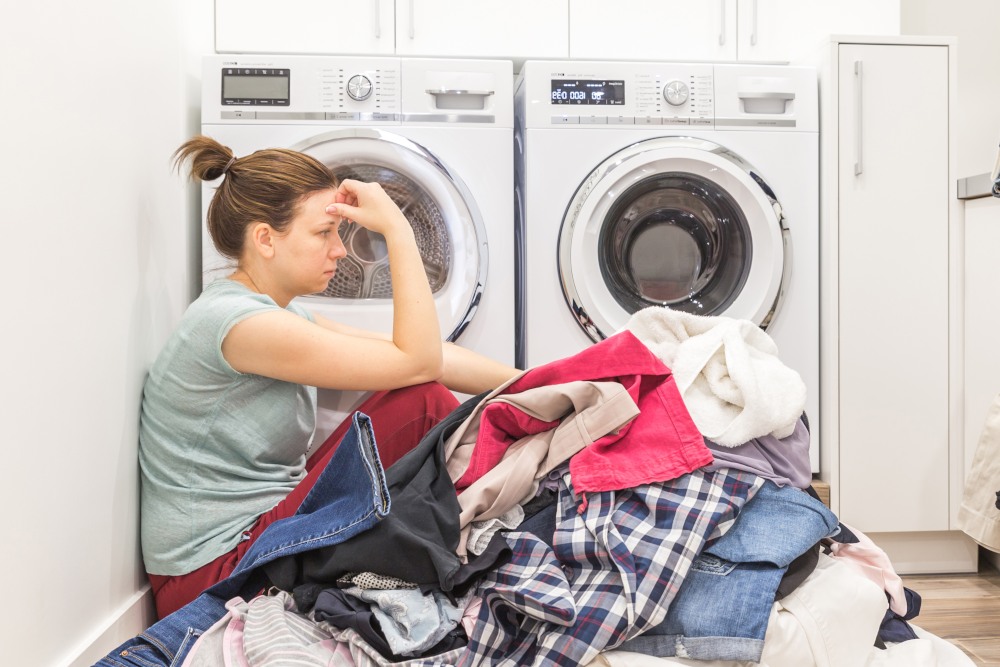 If You Think Motherhood Is Driving

You Crazy – You May Be Right

Even in two-parent families, it appears that the bulk of child-rearing duties still fall to one person.

For all the help dads give, it is moms who take on most of the emotional labor of parenting, according to a recent study by researchers at Arizona State University and Oklahoma State University. Mothers handle grocery lists, doctor’s appointments, playdates, homework help, and other responsibilities.

And sometimes juggling all those duties becomes more than they can bear, creating a strain on their mental health – as mothers themselves can tell you.

“I hit a time in my life when my ability to cope with the normal challenges of every day was weakening,” says Fran Pitre, a mother of three sets of twins and author of the book TwinsX3 (www.franpitre.com), in which she described the joys and stresses of raising six children.

“Looking back, I realize that I was experiencing mild anxiety attacks. And the situation would grow even worse when my husband was away on business trips. I found myself snapping at the children over the littlest things. Small irritations like a misplaced library book would seem much more serious than they should have.”

When other relaxation measures didn’t work, a doctor temporarily prescribed to Pitre an anti-anxiety medication to counter the chemical imbalance that the non-stop daily stress had created for her.

She says that medical assistance was critical at that time in her life. But, as the mother of six, she also found that staying organized was also crucial to keeping her family – and her mental health – under control.

Her tips to help other mothers avoid being overwhelmed by the normal stresses and strains of raising children include:

Children and parents have plenty of activities, and family members can end up going in many different directions. To avoid becoming frazzled, Pitre says it was imperative that she knew everyone’s plans for the upcoming week. Initially, she tracked this on a calendar but switched to an erasable whiteboard. “I would insist that the older kids communicate their evening plans so that I didn’t cook for eight people, and have four or 10 show up,” she says.

Everyone must pitch in.

At one time Pitre exhausted herself physically and emotionally by trying to keep her children’s bedrooms organized and clean. “I gave that up when I began going to school while working outside of our home full time,” she says. “Not only did I believe each kid had the ability to take over this task and should, but I also was just too tired and had too little time.”

A curfew is a must.

Few things take more of a toll on a mother’s mental health than worrying about where her children are and whether they are safe. Pitre says that’s why a curfew is a must and should be adhered to except on special occasions, such as a prom. “If they realize they are going to be a little bit late, they need to text and let you know what’s going on,” she says.

Remember to take care of yourself.

Mothers can become so focused on caring for others that they fail to care for themselves, Pitre says. “Don’t neglect your own needs such as exercise, wellness check-ups, quiet alone time, and regular visits to a salon or spa,” she says.

“Our ultimate goal as moms is to raise our children to become self-sufficient, responsible adults,” Pitre says. “They’re watching you handle the day-to-day challenges, and learning by watching your responses to the good and the bad. Does that feel like too much pressure? Take a deep breath and relax because you don’t have to be perfect. No one can be.”

Fran Pitre, the author of the book TwinsX3 is the proud mother of three sets of twins including twin boys, twin girls, and one twin set that includes a boy and a girl. Today she works as part of a physical therapy team.