Sign Up for Our Newsletter: Subscribe
You are here: Home / NEWS / CDC: Shortage of childhood infection vaccine over 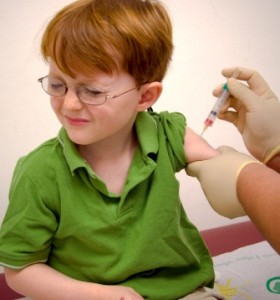 ATLANTA – The Centers for Disease Control (CDC) has declared an end to a shortage of a childhood vaccine that protects against bacterial meningitis, pneumonia and other serious infections.

The shortage began in late 2007, when vaccine maker Merck & Co. announced a recall of the vaccine after identifying a sterility problem. The vaccine protects against Haemophilus (hehm-ahf-ihl-us) influenza type B, which can cause pneumonia and other infections.

Officials had recommended that babies be given the vaccinations at two months, four months and six months. However, a later booster dose should be deferred until supplies improved.

On Thursday, CDC officials said doctors can again give that booster dose, and begin to give “catch-up” doses to kids who missed it.

Hib infection can cause a variety of illnesses, including meningitis (inflammation of the membranes covering the spinal column and brain), blood stream infections and pneumonia, according to the CDC. Hib is not a cause of the seasonal flu.