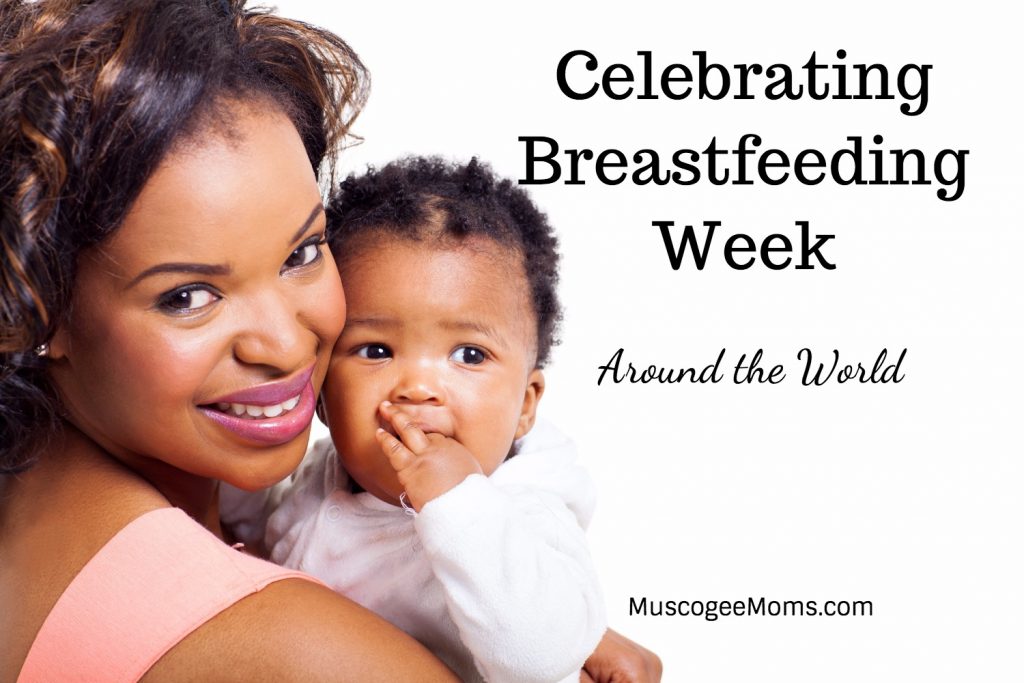 World Breastfeeding Week is celebrated August 1st through the 7th every year, in more than 120 countries to promote, support and protect a mother’s right to breastfeed.

From a biological perspective, breastfeeding appears to look the same for every mother and baby across the globe. While rooting and suckling are both innate reflexes for an infant, breastfeeding is anything but effortless. The breastfeeding experience varies not only from woman to woman, but also from culture to culture.

The World Breastfeeding Week’s 25th year in 2017 is about working together for the common good of mother and child.

In the U.S., 81 percent of moms report breastfeeding at first. However, this number drastically decreases to around 22 percent of moms who breastfeed exclusively for the first six months. While it is commonly known that “breast is best,” oftentimes new moms don’t receive the amount of support needed to continue past the first few months. Moms agree that breastfeeding comes with its own set of challenges. For example, battling the work-pump grind and increase of mental and physical fatigue. Unfortunately, not receiving public support can also discourage a new mom’s perseverance.

Our neighbors to the north recently launched a Breastfeeding in Public campaign in a suburb of Ontario. The campaign involves displaying cardboard cutouts of women breastfeeding in public places. The goal is for these cutouts, of four mothers living in the community, is to have a strong positive impact on a movement for public acceptance. It is a mother’s right to publicly breastfeed in Canada, however, just as in the U.S., there is still strong public disapproval. Advocates says this disapproval is a reason why local women are the least likely to breastfeed in the entire region. They created the campaign with the hope to promote change. 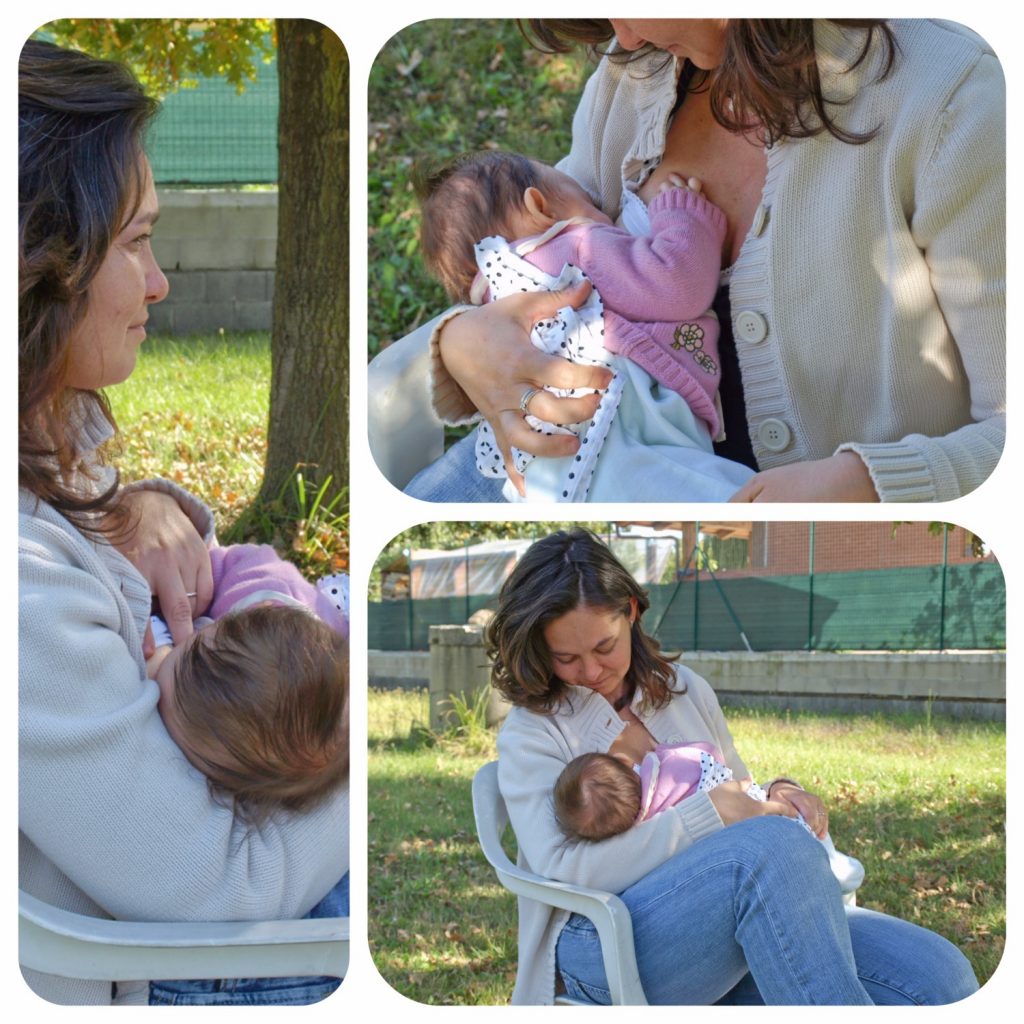 Contrary to popular belief, not all European cultures support the movement for breastfeeding. Compared with other developed countries, the UK has some of the lowest rates of breastfeeding in the world. According to a recent study, mothers aren’t culturally encouraged to continue breastfeeding past six months. These moms receive a lack in peer support for breastfeeding as well. In fact, British women are advised to get their babies on a sleeping schedule to return to work as quickly as possible.

French women are often reluctant to breastfeed because of a cultural movement that says breastfeeding is “tantamount to slavery and exploitation”. Therefore, it is believed that promoting breastfeeding goes against women’s liberation. “This brand of French feminism renounces breastfeeding because they consider motherhood slavery for women,” says Leche League spokewoman Claude-Suzanne Didierjean-Jouveau. Roots of French views on breastfeeding stretch back centuries, to a time when wealthy women hired wet nurses to breastfeed their children.

“World Breastfeeding Week is a vibrant global movement for action to promote, protect and support breastfeeding by anyone, anywhere, and at any time. It expands and connects the power of one with the power of many. Only by working together can we make the change we need.” -Dr. Anwar-Fazal

Last January, member of Spanish parliament Carolina Bescansa created an uproar when she breastfed her son during the first session of a campaign as she was running for a position as elected speaker. Bescansa defended the right of every parent to raise their child in whatever way “they are able to or wish to.”  Many parliament members chastised Bescansa for her stand, including Interior Minister Jorge Fernandez Diaz, who said what she did was “lamentable.” Needless to say, Bescansa was not elected as parliament’s new speaker. 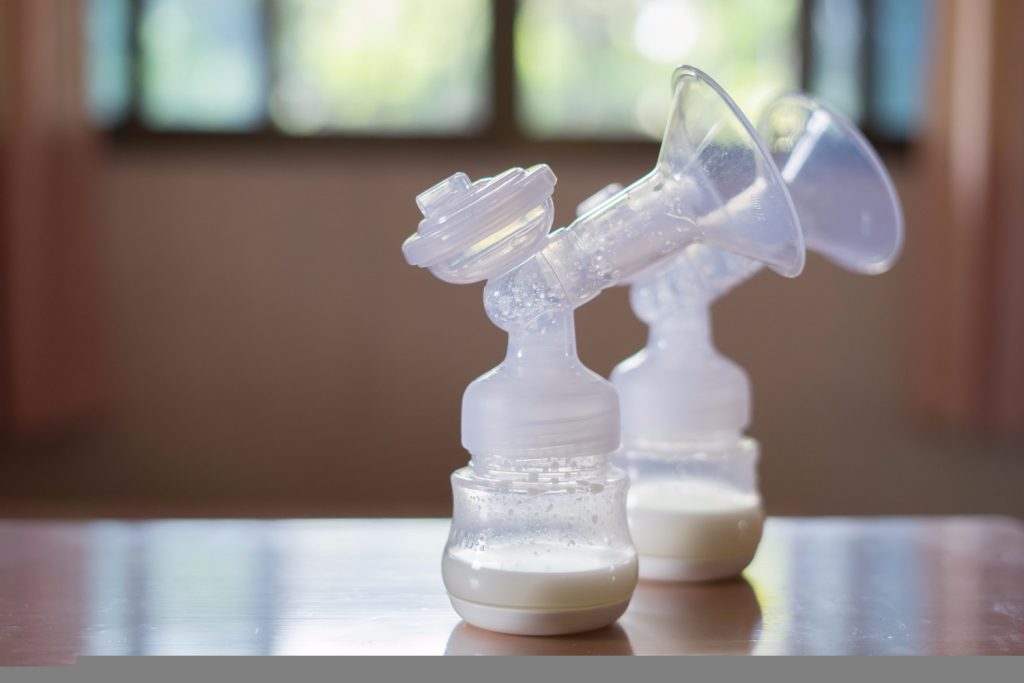 Fortunately, many countries do support the breastfeeding movement. Following Bescansa’s example, in May, Senator Larissa Waters breastfed her daughter during an Australian Parliament session — marking history after rules were changed last November. “If we want more young women in Parliament, we must make the rules more family-friendly to allow new mothers and new fathers to balance their parliamentary and parental duties,” Waters says. She played an influential role in the rule change.

Sweden is often considered the shining beacon of breastfeeding, compared to other countries. According to one mom, new mothers are expected to breastfeed, and plenty of support from lactation consultants is provided. Pumping, however, is rare; most likely due to the lack of pressure to return to work. Both new Swedish moms and dads enjoy a generous parental leave of 420 paid days. 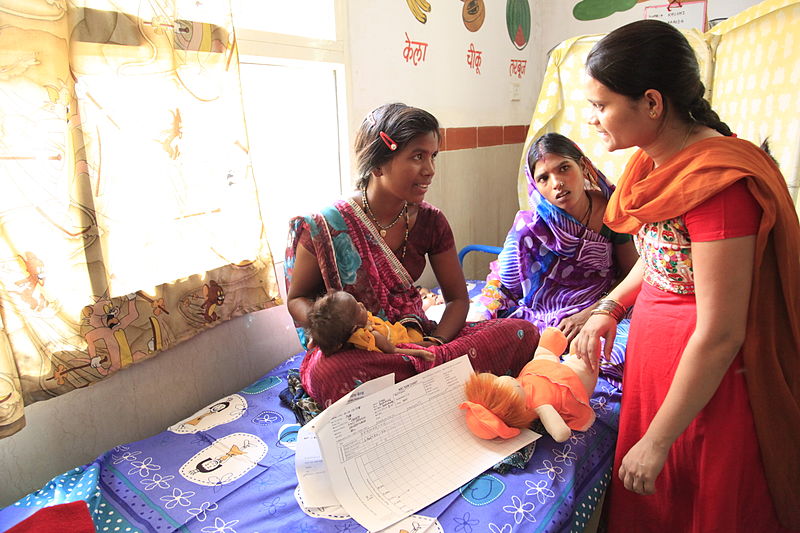 UK aid is funding breastfeeding counsellors like Varshna (right) in nutrition rehabilitation clinics across Madhya Pradesh. This is part of efforts to educate pregnant women and new mothers about the importance of breastfeeding to combat malnutrition. Photo: Russell Watkins/Department for International Development

Breastfeeding is the only culturally acceptable way to feed babies in Africa for the first two years of life. Mothers are highly encouraged to breastfeed whenever necessary, even publicly. In the conservative country of Ghana, low-cut tops are frowned upon, however, public breastfeeding is supported. In Kenya, the only mothers who don’t breastfeed are usually under strict doctors’ orders.

Because of the challenges many women face from cultural views and practices of breastfeeding, the World Breastfeeding Week’s 25th year in 2017 is about working together for the common good. This year, World Alliance for Breastfeeding Action (WABA) will call on advocates, activists and decision-makers to develop new and purposeful partnerships, with a goal of attracting political support, media attention, and the participation of young people to expand its supporters.

I consulted several moms, and we came up with this list of our favorite breastfeeding items.

Editors Note: The decision to breastfeed is a personal choice and depends on your child and what works best for your family. No matter how you choose to feed your baby… formula or breast milk, Muscogee Moms supports you!