Are you in the military? Have you recently moved to Columbus, Phenix City or Fort Benning? Are you planning a visit? The Chattahoochee Valley offers an exceptional quality of life with big-city excitement and small-town charm. Let us give you the lay of the land. 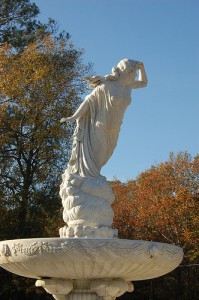 Welcome to Columbus, Georgia, the third largest city in Georgia.

Located on the eastern banks of the gently rolling Chattahoochee River, this authentic Rivertown is the county seat of Muscogee County, with which it is a consolidated city-county.

Columbus has been an important center of commerce and industry since it’s birth in 1828. Today, the Columbus metropolitan area, which includes four counties in Georgia and one in Alabama, has a population of over 250,000 people. Several leading U.S. companies have their corporate headquarters here, including AFLAC Insurance Inc., Carmike Cinemas Inc., Char-Broil, TSYS Inc., Synovus Financial Inc., and Tom’s Snack Foods.

Columbus is also home to Columbus State University and Columbus Technical College. A number of public schools in Columbus are consistently ranked in the top 10 Best Schools in Georgia, based on test scores, student/teacher ratios, ethnic makeup and other metrics.

Columbus was picked as the #4 best place to raise a family in America (Best Life Magazine 2008), based on availability of good schools with favorable student-teacher ratios and above-average test scores, and the availability of museums, parks, and pediatricians. 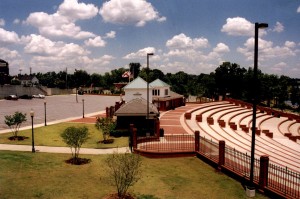 Located on the western banks of the Chattahoochee River, Phenix City is called the Gateway to East Alabama.

Phenix City was notorious during the 1940s and 1950s as being a haven for organized crime, prostitution, and gambling, which led to the small town to be known as “Sin City, USA”.

According to local legend, Gen. George S. Patton (then commanding General of Fort Benning) threatened to roll his tanks across the river from Fort Benning and destroy it. The Tragedy and the Triumph of Phenix City, Alabama by Margaret Ann Barnes chronicles the story of how martial law was declared in 1954 and how the National Guard was sent in to clean up this historic river town.

Today, Phenix City enjoys a positive reputation, and in 2007, was named the nation’s #1 Best Affordable Suburb to Raise a Family (BusinessWeek 2007).

The city is home to Chattahoochee Valley Community College and Troy University at Phenix City. The Phenix City Riverwalk, preserved with most of its natural environment, begins just north of the Amphitheater and meanders along the Chattahoochee River ending at 13th Street. It is constructed of concrete 12-foot wide by 3,800-feet long (8/10 mile). Equipped with a 200-foot bridge resting over Holland Creek, light posts every 50-feet, 3 observation decks, and benches along its winding path.

Although Alabama is legally part of the Central Time Zone, Phenix City’s proximity to the larger city of Columbus, Georgia means that Phenix City and areas within a 10-15 mile radius (such as Smiths Station, Alabama) observe Eastern Time. 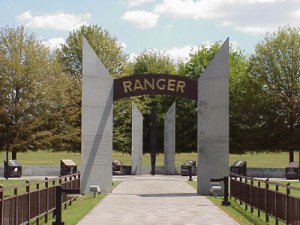 Fort Benning is one of the Army’s busiest installations, with more than 130,000 Soldiers and civilians living, working, training, or using services here. It is located on 182,000 acres southwest of the city of Columbus in Muscogee and Chattahoochee counties in Georgia and Russell County, Alabama.

Fort Benning is home to the following:

Fort Benning was selected by the Base Realignment And Closing Commission (BRAC) to be the home of the new Maneuver Center of Excellence. This realignment will co-locate the United States Army Armor Center and School, currently located at Fort Knox, Kentucky, with the Infantry Center and School. This transformation is expected to be completed September 2011.