Sign Up for Our Newsletter: Subscribe
You are here: Home / BLOG / Exploring the Coca-Cola Space Science Center 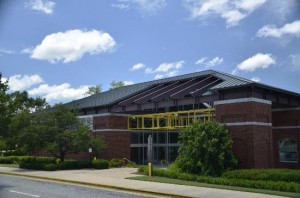 My boys are in love with outer space. They like putting on their Clone Trouper costumes and waging mock battles. They plow through every episode of Star Wars: The Clone Wars on Netflix, and they have a large collection of astronomy books.

The apple didn’t fall far from the tree. I’m a huge Star Trek fan, while my husband prefers hard science fiction. So, when there’s a chance to encourage their interest in astronomy, science and space exploration, we seize it.

That’s why in August 2011, we checked them out of school (with their principal’s blessing) to go to the Kennedy Space Center and watch the launch of the Juno spacecraft. They were wildly excited to see a live rocket launch. It was loud. It was exciting, and it was spectacular! 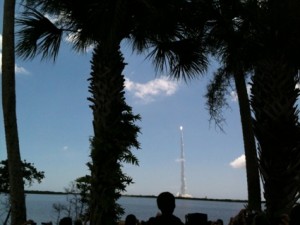 Launch of the Juno spacecraft from Cape Canaveral Air Force Station on August 5, 2011

That trip truly fired their imaginations.

For months afterward, it was all they could talk about. They built rockets and space shuttles out of LEGOS® and played “Blast off to Jupiter.” They wore their Clone Trooper costumes for Halloween. And they begged to go back. But a trip like that is a once-in-a-lifetime deal.

So we do the next best thing… We take them to the Coca-Cola Space Science Center. 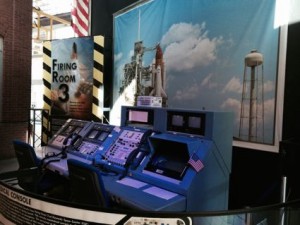 Medical Consoles from Mission Control Firing Room 3 at the CCSSC

Owned and operated by Columbus State University, the CCSSC is a small space museum located in Uptown Columbus. Don’t let the size fool you! This museum is packed with fun, interactive exhibits — just right for sparking your child’s interest in science, engineering, math and technology. 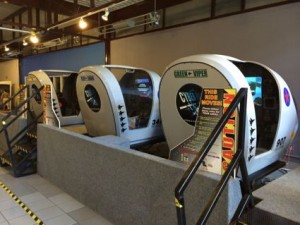 Three of the four flight simulators at the CCSSC

Along with a host of interactive gallery exhibits, the center is home to the Challenger Learning Center mission simulator, MeadWestvaco Observatory, Omnisphere Planetarium Theater. It also serves as the teaching and research site for all Columbus State astronomy courses. It has four flight simulators, astronaut memorabilia, interactive space and science exhibits, as well as an area just for preschoolers. 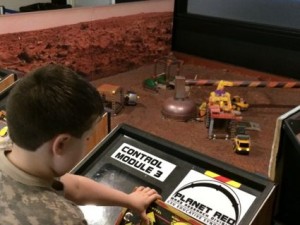 Interactive Moon Rovers at the CCSSC

My boys love to visit every chance we can. They have a blast playing in the flight simulators. They love messing around with the weather cam, watching the movies, and navigating the remote control trucks on “the moon.” It’s one of their favorite places to spend the afternoon. 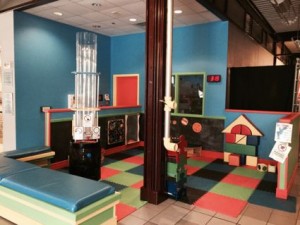 Preschool Playarea at the CCSSC

The Center is also a favorite destination for both school field trips and summer camps. Kids as young as 5 years can engage in space-related activities, launch rockets, complete Challenger Missions, and create their own aliens. Older kids can explore gaming, comics, astronomy, Sci-Fi movie making, and explore robotics. The Center even offers special LEGO® camps!

Emmet from The LEGO Movie would say, “Everything is awesome at the Coca-Cola Space Science Center!”