COVID-19: Click here for helpful links & resources
You are here: Home / BLOG / Disney on Ice is A Whole New World for Japanese Skater

Disney on Ice Is A Whole New World for Japanese Skater

LaGrange Moms recently had the opportunity to interview Midori Sano, who skates as Princess Jasmine in the Disney on Ice Treasure Trove production coming to the Columbus Civic Center February 18-21. Midori, a native of Japan, has been a member of the Disney on Ice family for eleven years. 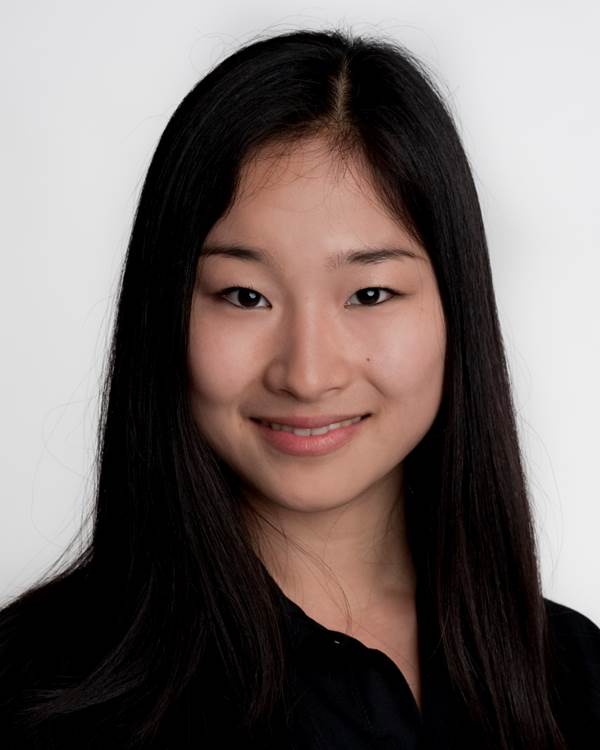 Her father was an Olympic ice skater, her mother an Olympic gymnast. Being a competitor was a family trait that Midori Sano desired as a child, following in father’s footsteps to pursue competitive skating. With her father as her coach, she competed on Japan’s national team. But the stress of competition was very intense, and she chose to retire from competing at 19 and attend university.

Two years later, Midori walked in to her parents’ house and saw a Disney on Ice envelope on the table. Thinking it was tickets to a show, she eagerly opened the envelope to see, though she would normally never open their mail. What she found wasn’t tickets; it was a flyer about auditions for Disney on Ice. It was their 20th anniversary year and they were holding auditions in Japan for one spot. As she read the requirements, she realized that she was a perfect fit.

“I decided to keep the flyer to myself, because if I gave it to my father, he would give it to the others skaters,” she said. “But I realized that I needed their help and support. I went to them and apologized for taking the letter, then told them how much I wanted to audition. They actually said it was a great idea! I didn’t expect that. My mom helped me with the audition videos and photos.”

After sending in the video, she received a call to audition in person. When she arrived, she knew all the girls who were there. “The skating community is a small world; we all know each other,” she said. “I was so excited but also very nervous to compete against those 26 girls! All I could do was give it 150%.”

And she did. To her great surprise and delight, Midori was chosen that day. She decided to join the program for one year, so that she could go back and finish her last year of college. That was eleven years ago. 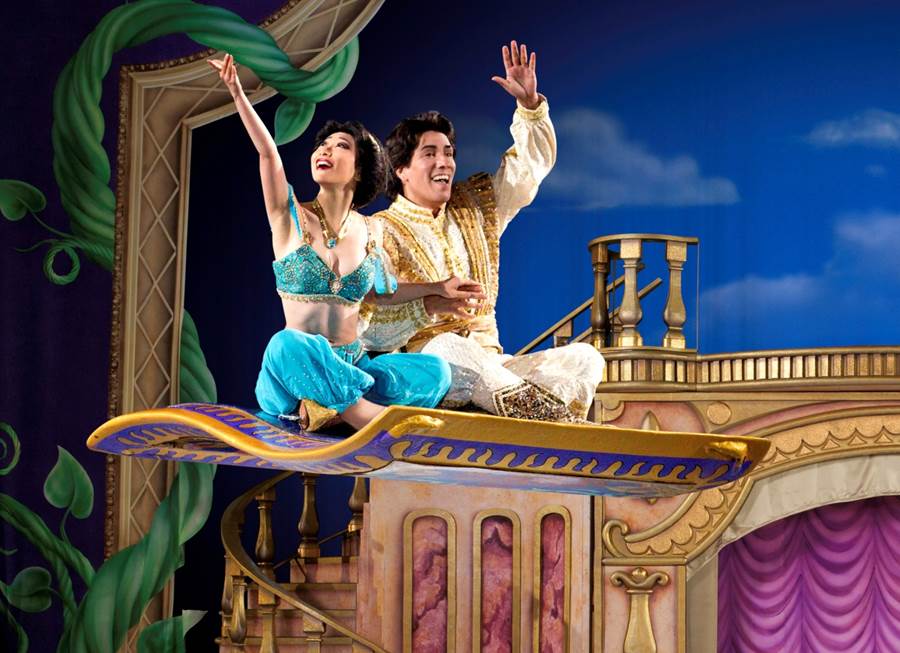 Midori has been traveling the world with Disney on Ice, visiting places she only dreamed of seeing. She counts London, Paris, and Boston as some of her favorites, but her greatest love is Barcelona for its beauty and architecture. She has been in numerous roles including Mulan and young Nala, and she currently skates at Princess Jasmine, a role that required her to become proficient at pair skating. Over time, she has also learned to speak English.

“When I was about twelve, my mom’s friend who speaks fluent English brought me a VHS tape of Disney movie sing-a-long songs. I asked her to help me learn one of them, and we chose A Whole New World from Aladdin. She broke down every word into sounds and helped me learn each one, because Japanese sounds are different. I sang that song over and over for so long! One day when I was skating as Jasmine, I had a ‘light bulb’ moment. I realized that I was skating to that song, the first American song I learned and loved so much!”

Midori has had many memorable moments over the years while performing, but the reaction of one child in the audience years ago stands out more than most. She noticed the young girl, particularly because she was dressed as Jasmine, and continued to notice her excitement throughout the show. Sometimes at the end of the finale, the performers are able to reach out and “high-five” those sitting near the ice. It happened that day that Midori’s final pose was right in front of the little girl. As she reached out her hand toward the little Jasmine fan, the girl beamed with happiness and shouted, “You are my favorite!” At that moment, Midori realized that the little girl truly believed that she was the princess, not a woman in costume; she brought the character to life for the fans. No matter how hard it gets, when traveling gives way to exhaustion or her performances feel as if they are lacking some days, it really doesn’t matter. What matters is the fans, young and old, and how she helps make their dreams come true! 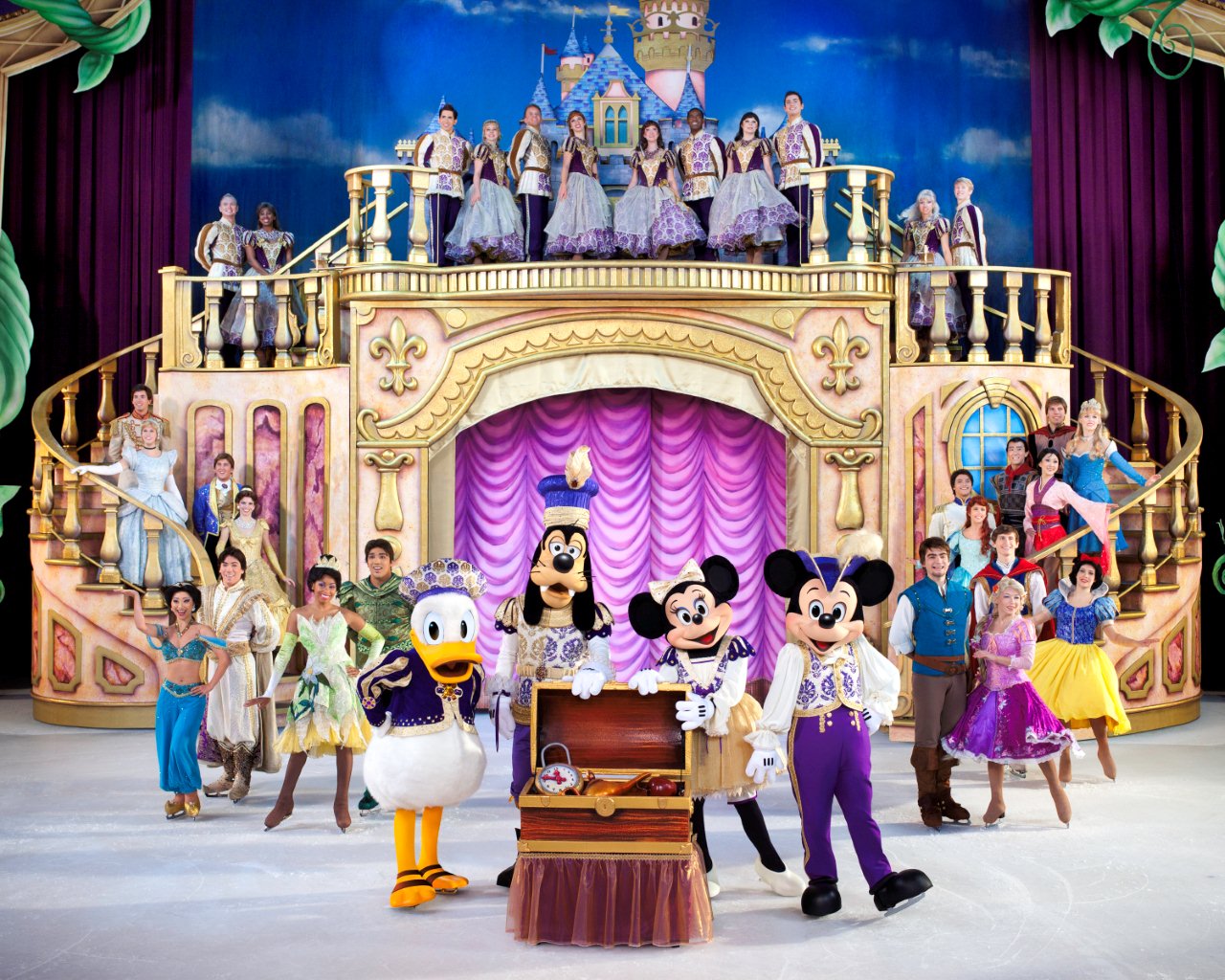 Disney On Ice sets the gold standard with Treasure Trove, a skating spectacular filled with classic Disney moments. Get tangled up in Disney’s 50th animated feature with Rapunzel and Flynn and enter the worlds of your favorite Disney princesses: Ariel, Belle, Cinderella, Jasmine, Aurora, Tiana, Mulan and, of course, the one who started it all, Snow White. Set sail with Peter Pan, the always sassy Tinker Bell and the cantankerous Captain Hook & his pirate pals! Trek the wilds of Africa with Simba, Nala, Pumbaa and Timon as they discover the true meaning of the ‘Circle of Life.’ Tick-Tock! Tick-Tock! Don’t be late to a very important date with Alice & the Mad Hatter as they march with the Queen of Hearts’ Army Of Cards. You won’t want to miss this show full of Disney treasures to remember.
.

Tickets can be purchased at the Columbus Civic Center Box Office, online at TicketMaster.com or ordered by phone (1.800.745.3000). 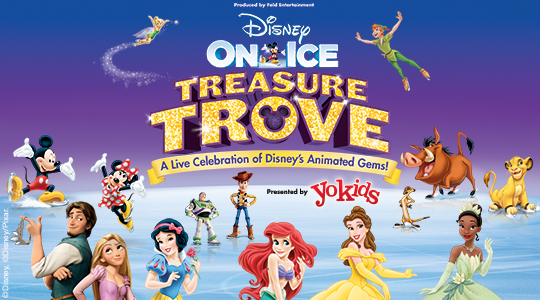 Laura Erickson is the editor of LaGrange Moms, the newest member of the Muscogee Moms family. She is the mother of two girls and is an award-winning writer with a background in marketing and public relations. She worked in the marketing/community relations department at West Georgia Health System before becoming a stay-at-home mom when her first daughter was born.