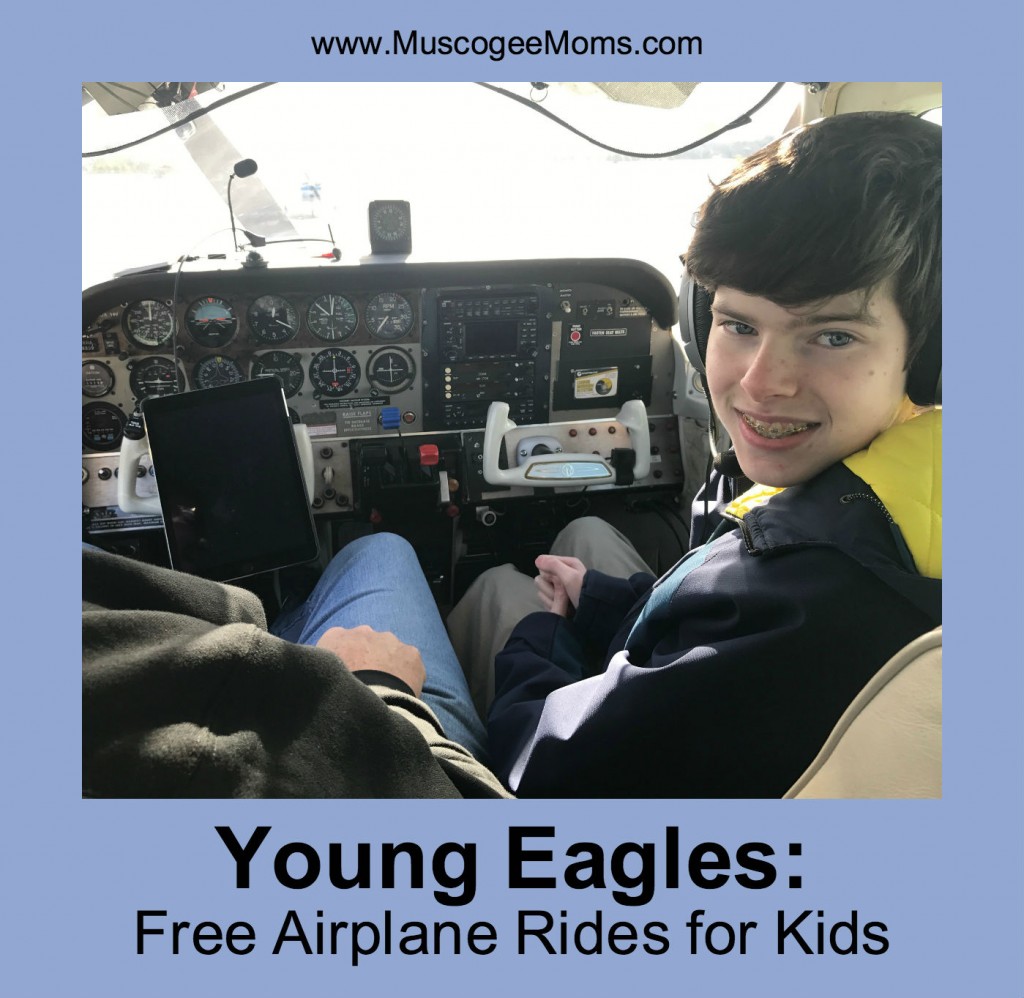 Early one cold and blustery morning in December, my husband and I routed our boys out of bed, fed them, and hustled them out the door. Soon we were standing in the lobby of Flightways Columbus, ready to become Young Eagles and take a free airplane ride. 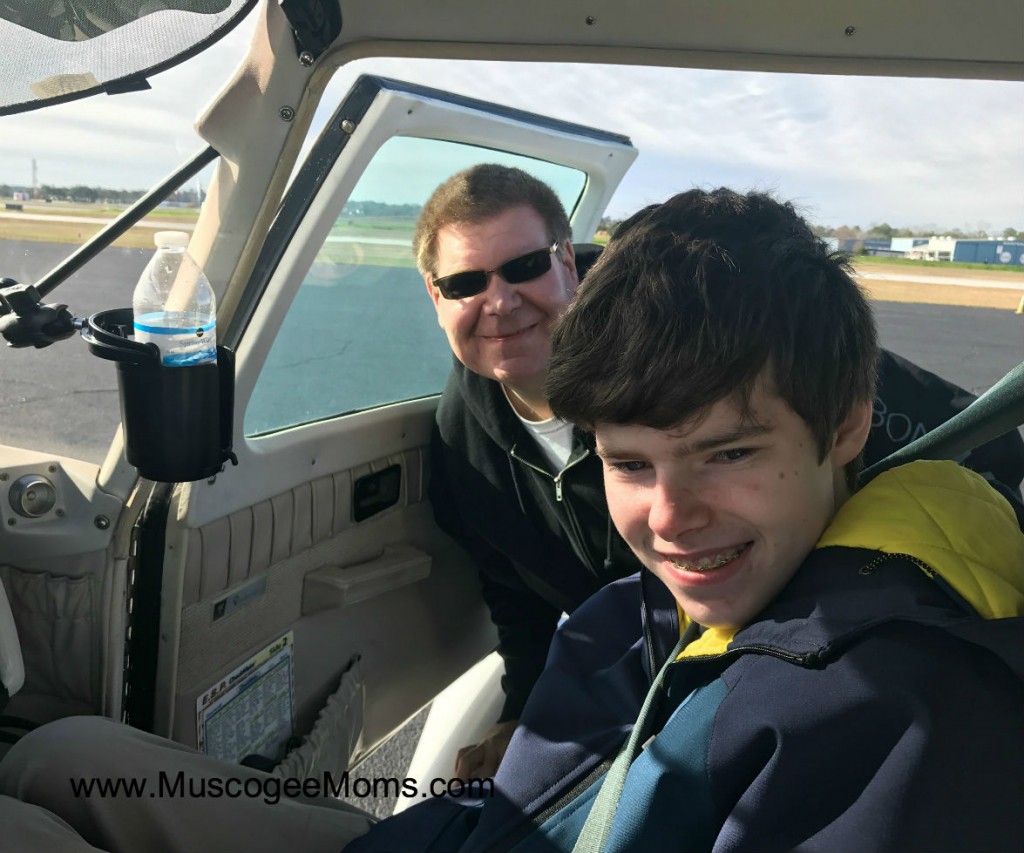 The Young Eagles program is designed to give children between the ages of 8 to 17 their first ride in an airplane. (Photo taken during my son’s 2nd flight with volunteer pilot Doug Muse in his Beachcraft Sierra.)

We met our volunteer pilot, Jack Bartholet, who lead us outside to his plane, a Cessna 177B Cardinal. Mr Jack explained what all we would see and do, including how airplanes work. He showed us an aeronautical chart on his iPad and described the interior of the airplane, including the instrument panel. 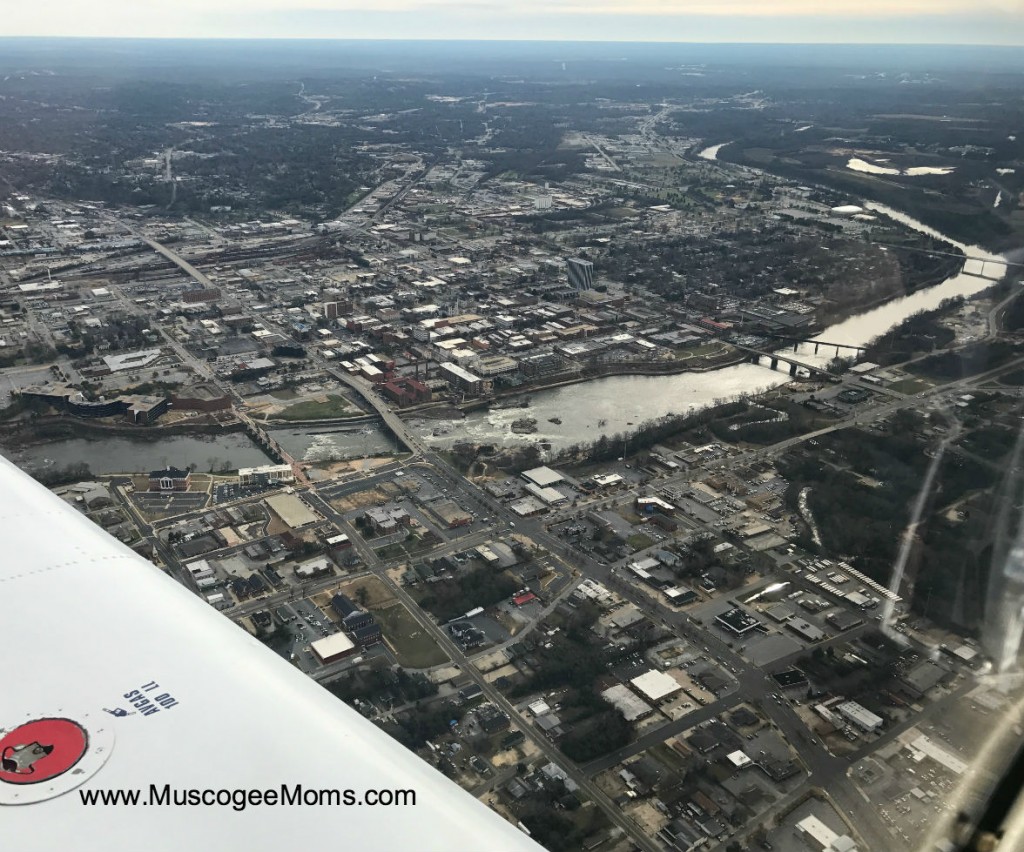 Downtown Phenix City and Uptown Columbus landmarks including the TSYS Campus, the 13th Street bridge and the Government Center. (Photo taken during my son’s 2nd flight with volunteer pilot Doug Muse in his Beachcraft Sierra.)

Within 10 minutes, they were taxiing down the runway and soaring north over the Chattahoochee Valley — their faces plastered to the windows as Mr Jack pointed out local landmarks and places they recognized. By the time the Cessna’s wheels touched down 20 minutes later, my two were bubbling with awe and excitement. 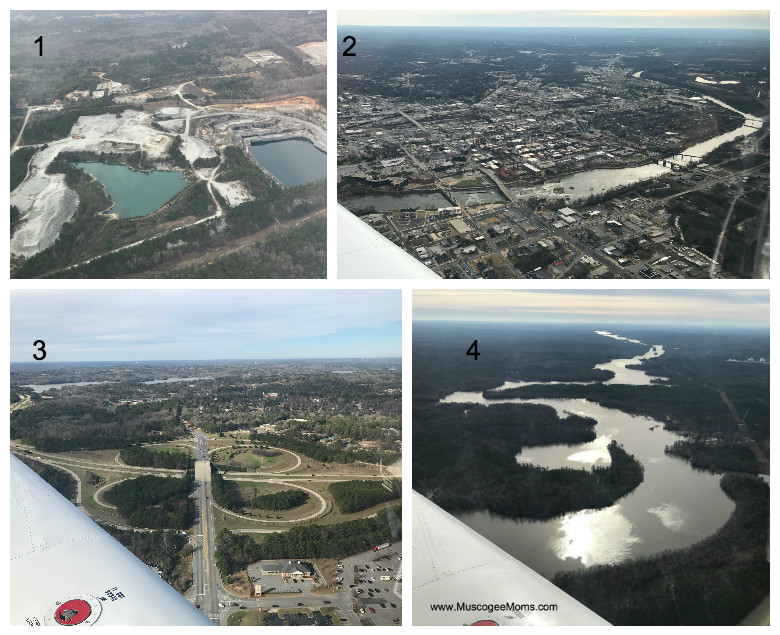 After the flight, Mr Jack presented them with a certificate and logbook, noting the flight. On the back of the logbook was a unique code to activate a free EAA student membership, which we did as soon as we got home. Student members are eligible for an online flight training course (ages 14-17). They also get a voucher for their first flight lesson with an instructor. Flight training scholarships are available if your child wishes to get his pilot’s license.

What to know if you go:

Young Eagles chapters are located all over the country. The Chattahoochee Valley EAA Chapter 677 based in Columbus, GA is one of the most active chapters in the southeast.

The flights are free of charge and are made possible through the generosity of local EAA volunteer pilots. Each Young Eagles pilot is certified with the Federal Aviation Administration or Transport Canada. Flights are conducted according to federal regulations and no aerobatic maneuvers will be performed. 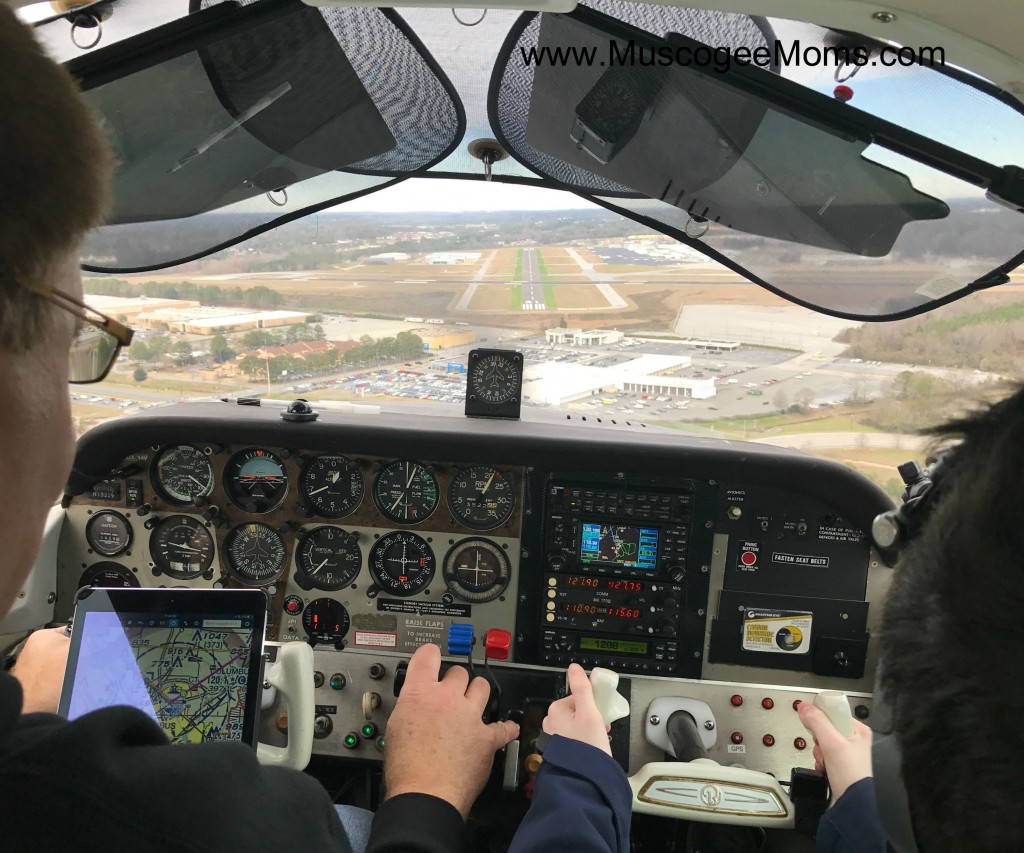 Final landing approach for the Columbus Metropolitan Airport. (Photo from my son’s 2nd flight with volunteer pilot Doug Muse in his Beachcraft Sierra.)

When: Last Saturday of each month (weather permitting), from 8:30 – 11:30 a.m. Each Young Eagle session is first come, first served so make plans to arrive early.

Requirements: Parents or guardians must accompany kids and sign a waiver for them to go flying. Large groups (e.g. schools, churches, Scouts) should contact the chapter in advance.

Parents are not permitted to fly; it stinks, we know, we’re sorry.

« How to Talk to Your Teenager
February: This month in history »