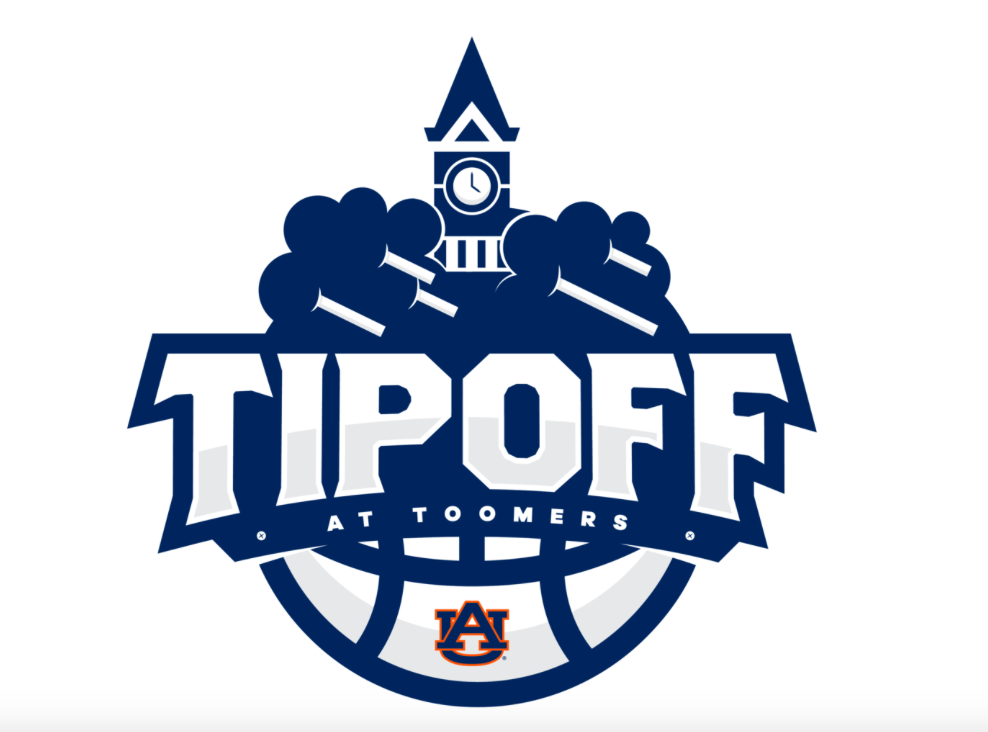 Tipoff at Toomer’s is ON for Thursday, October 17, in downtown Auburn!

Auburn University, Auburn Athletics and the City of Auburn are partnering to deliver an unprecedented event with Tipoff at Toomer’s, Oct. 17. The event is a celebration of the historic run to the 2019 Final Four, as well as the table setter for the upcoming season. Tipoff at Toomer’s is set to feature men’s basketball head coach Bruce Pearl, women’s basketball head coach Terri Williams-Flournoy as well as the 2019-20 teams.

The event, which is free and open to the public, will take place on a basketball court at the heart of where the city and university converge at the corner of College St. and Magnolia Ave. This is a first-come, first-serve, standing room only event. A full night of festivities begins at 4 p.m. CT when the Downtown Merchants Entertainment District and Samford Lawn Fan Fest begin. Tiger Talk will broadcast live on the court at 6 p.m., which also marks the opening of the Jungle “pit” area. The first 300 students inside the area receive a free t-shirt, courtesy of Coca-Cola.

Throughout the evening, fans are encouraged to browse local stores, restaurants and other businesses surrounding the footprint of the event at Toomer’s Corner.
Starting at 4 a.m. CT on Thursday morning, the following streets will be closed: W Magnolia Ave. at Wright St., S College St. at Thatch Ave., E Magnolia Ave. at Gay St. and N College St. at Tichenor Ave. Fans are encouraged to park in the following areas: RBD Library Parking Deck, Comer lot, South College (Hotel) Parking Deck – Levels 2 & 3, Cambridge lot, Tiger Rags lot and the lots behind OD Smith & Ingram Hall. Additional parking is available in Public Safety, Arena, and Coliseum lots for those who wish to walk to Toomer’s Corner. There will not be any transit options. Fans are asked to avoid the Lowder lot and small lots adjacent to the Engineering buildings due to other campus events.