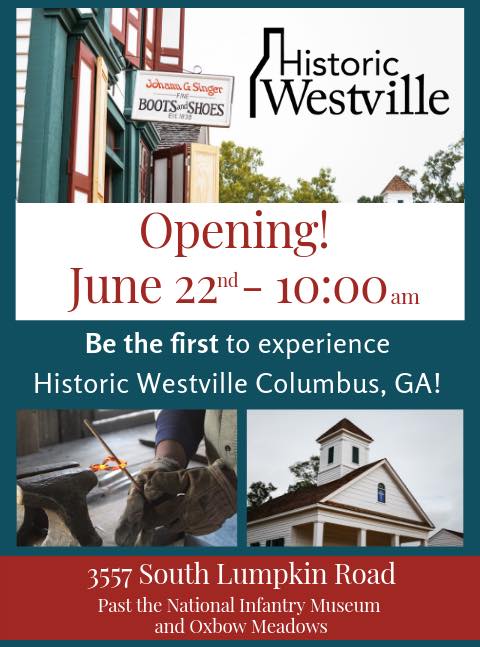 Historic Westville Columbus is finally opening and we want you to be one of the first to experience it!

Historic Westville is a museum of southern history and culture representing the diversity of the Southern Experience by telling the stories of ALL southern peoples including European Americans, African Americans, Native Americans, and immigrants— how their lives were inextricably linked but their experiences diverse due to race, class, and gender.