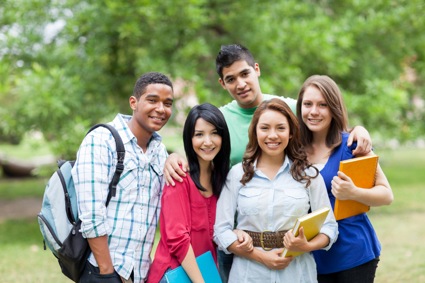 A parent’s guide to teenage slang 2015

With school back in session, it’s time to brush up on the latest teenage slang. Young people are notorious for speaking a language of their own. If you need help translating the latest lingo, turn to OnlineSlangDictionary.com or UrbanDictionary.com. Here is a partial list of teen slang to get you through a new school year.

DEFINE IT: noun. An affectionate term for your significant other.

DEFINE IT: adjective. Used to disparagingly describe someone who likes popular, mainstream products or music.

SAY IT: “All Rachel does is drink lattes and play Candy Crush — she’s so basic.”

DEFINE IT: noun. Wave of emotions or sense of euphoria.

SAY IT: “Watching Back to the Future gives me such nostalgic feels.”

DEFINE IT: noun. Abbreviation for “obvious” or “obviously.”

SAY IT: “Girl, your outfit today? Seriously on fleek!”

DEFINE IT: Used to endorse a hypothetical romantic relationship. Frequently used in sentences with OTP (one true pairing).

SAY IT: “Harry Styles and Miley Cyrus? Not my OTP, but I can ship it.”

DEFINE IT: noun. Killed it. Used to acknowledge that someone has done something really well.

DEFINE IT: noun. A group of friends. Crew.

SAY IT: “Headed to the movies with my squad tonight.”

DEFINE IT: noun. Another term to emphasize or express excitement. Spelling variations can contain anywhere from one to a million more a’s and s’s.

SAY IT: “Just bought a new dress at the Blue Door Boutique. Yaasss!”

DEFINE IT: noun. An exclamation of excitement.

DEFINE IT: noun. Uncool on so many levels.

SAY IT: “Just heard a rumor that One Direction is splitting up. Zero chill!”