Sign Up for Our Newsletter: Subscribe
You are here: Home / BLOG / Hurricane Harvey: Hope in the Midst of Disaster 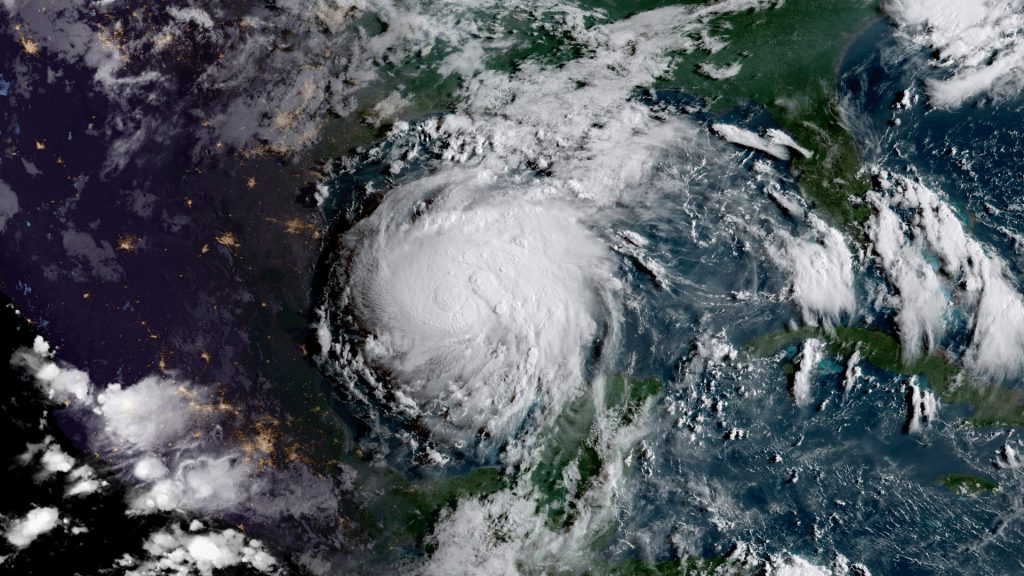 Hurricane Harvey, a Category 4 hurricane, made landfall in southern Texas on August 25, 2017. In a four-day period, many areas received more than 40 inches (1,000 mm) of rain as the system, causing catastrophic inland flooding in the Greater Houston metropolitan area. (Credit: NOAA/NASA GOES Project)

America Steps Up for Houston, Shining a Beacon of Hope in the Midst of Disaster

Whether we know someone living in the Houston area or not, all of us have been affected by the devastation that Hurricane Harvey brought with it. Images of the destruction flood our television sets and social media feeds, making our hearts sink as the death toll rises to 44 and continues to climb.

Two of my best friends live in different suburbs of Houston. Neither is originally from Texas. I met both them at different stages in my life, while I was living in California and Georgia. These women have since become solid branches of extended family in my growing military-grade family tree.

Fortunately, neither home has been damaged by the floods. They were fortunate to be among those that live in areas that have remained relatively dry, compared to other parts of the city and its surrounding suburbs. However, my mother-in-law’s best girlfriend was not as lucky. Rosie’s one-story home was flooded ankle-deep. They had to pull their carpet up and throw it away. Most likely there’s damage to the drywall as well, since flood water is toxic. The extent of the damage is still unknown. In the meantime, she and her husband had to evacuate to higher ground. The suburb that they live in is one of those that have received the most damage.

I truly cannot imagine living somewhere that every time you look out your window all you see is death and loss. How depressing and hopeless it must feel.

When I expressed this to one of my friends, she assured me that the supportive response from the rest of our country has been overwhelming. Even amid despair, Houston can feel the national love being poured out onto it, as people continue to donate blood, money and supplies. Even amid so much political angst and turmoil, our country has found a way to come together. And Houston can feel it.

Yesterday, I received photos of the National Guard trucking in medical equipment and supplies. My friend noted that the heroes have arrived. Of course, these women and men who serve our country selflessly are heroes. But heroes were already in Houston risking their lives before the National Guard arrived. One man used his last words to warn a friend about a live electrical wire. Another died checking on his uncle, while many others were last seen helping people out of the floodwaters. 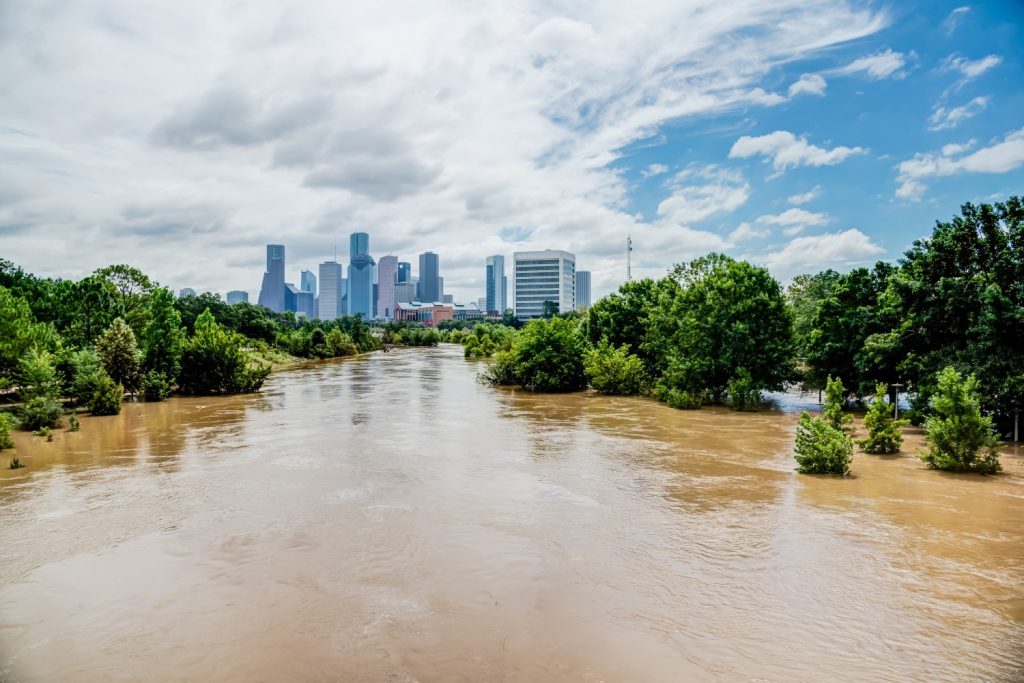 Alongside our service members and first responders this country is full of heroes, everyday people fulfilling what they believe to be their humanitarian duty. Sometimes we are heroes for just showing up and having concern for others during their times of need.

Throughout world history, Americans are known to be the ones that “show up” at the bleakest of moment to right the wrongs of wayward leaders. Even during our own national devastation, such as the collapse of the Twin Towers, we hear the stories of heroes, such as those aboard Flight 77 who crashed in a field in rural Pennsylvania. Over and over and over again, Americans continue to show up. And today, we’re showing up for Houston.

While residents await the arrival of food trucks, businesses have donated over $155 million for relief efforts, according to the U.S. Chamber of Commerce. On Friday alone, ABC’s Good Morning America raised over $14 million during its’ “Day of Giving.” 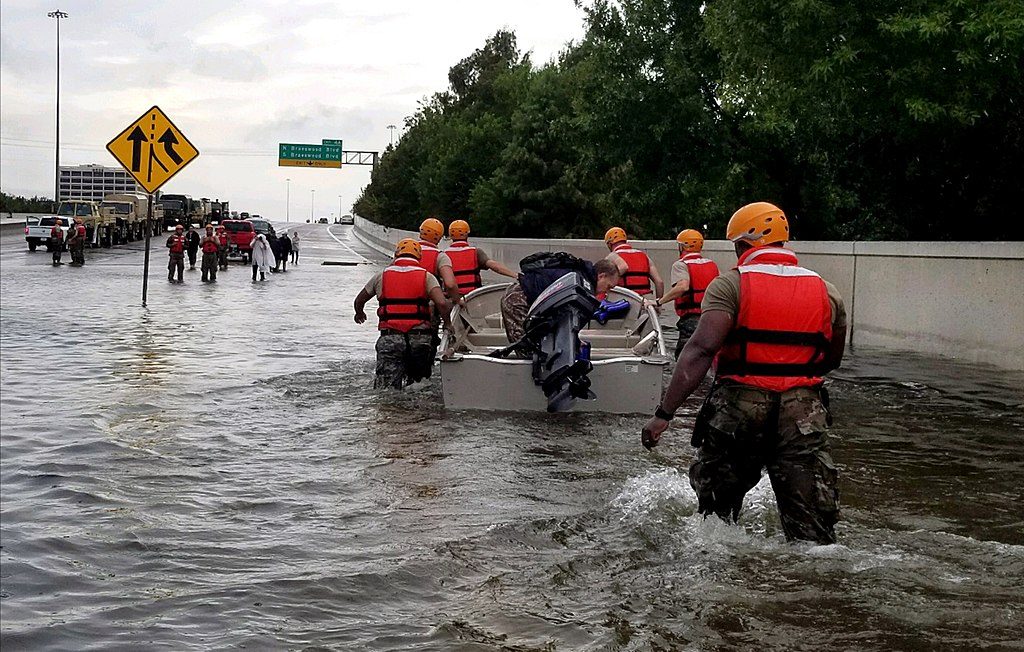 Soldiers with the Texas Army National Guard move through flooded Houston streets as floodwaters from Hurricane Harvey continue to rise, Monday, August 28, 2017. More than 12,000 members of the Texas National Guard have been called out to support local authorities in response to the storm. (Credit: U.S. Army photo by 1st Lt. Zachary West)

How you can help:

For those living in the Columbus area, you, too, can help by contacting one of these organizations:

Red Cross – (website) their volunteers are on the ground and are assisting residents with shelter and supplies. Call 1-800-RED-CROSS or text HARVEY to 90999 to make a $10 donation.

Houston Humane Society – (website) is providing shelter and care for pets in the areas, but need resources.

Portlight – (website) specifically helps those with disabilities during disasters and needs help to secure resources.

Houston Food Banks – (website) need help securing supplies for evacuees, homeless, and all other victims of the storm. The Houston Press has of all food banks in the affected area

« Thriving Kids: a Parent’s Guide
Obtaining Beauty from the Inside Out »