Sign Up for Our Newsletter: Subscribe
You are here: Home / BLOG / Military Wife: How one mom found her dream job 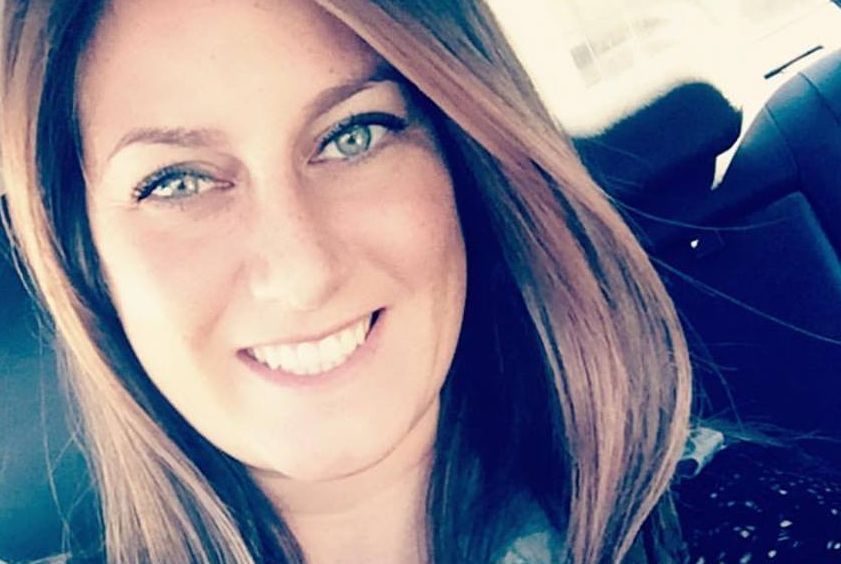 A Female Powerhouse at Grunt Style:

How One Mom Found Her Dream Job

It’s quite common to sacrifice a professional career as a military wife. The frequent moving doesn’t exactly mesh well with the corporate life. However, after years of working in the education industry as a special education director and a middle school assistant principal, it was Kristen Pugh who decided it was her career that just wasn’t meshing well with her military family life.

About two years ago, Kristen began to have some real doubts about the direction her professional life was taking her. Her husband was getting ready to deploy, and one morning she woke up asking herself, “Is this what success is?”

Between her average work week that teetered into 90 hours and pursuing a doctorate degree, she felt as though she never had enough time with her children or husband.

“I was never home,” she says. “I wasn’t the best wife, I wasn’t the best mom. And I remember having this reflective moment when I realized this really isn’t what I dreamt about when I thought of being happy and successful.”

Thousands of women across the county find it difficult to find a balance between their work and home life, much less those who also play the role as a military wife. Especially when their husbands deploy. After investing many years to educate herself and accruing student loan debt, Kristen and her husband made a decision.

“I was about to become mom and dad, the sole caretaker of everything,” says Kristen. “I knew deep down that I wasn’t being the best person for my family.”

So she quit. And today she says it was the best decision she’s ever made because now she has the job of her dreams.

Almost 14 years ago, Kristen met her Airman while vacationing on the Gulf Coast in Florida. It was the summer after her freshman year of college. “I was sitting on the beach doing crossword puzzles and this boy walked up to me. Now he’s my husband.”

After six years of serving in the Air Force’s special operations command, and a long-distance relationship, her husband thought long and hard as to whether he wanted to re-enlist. Christopher had suffered multiple deaths in his family over just a few months’ time, including the loss of his mom. The couple had also just discovered they were expecting their first child, so he made the decision to leave the military and join Kristen near her hometown in Illinois. However, he didn’t expect how quickly he’d missed the camaraderie and sense of duty.

So together the couple had thought long and hard for a viable solution, one that would support their family and Kristen’s education job. Now serving in the National Guard, Christopher has deployed several times, been away for long periods of training, and is preparing to leave for officer training school.

“He had felt a calling to the greater purpose,” says Kristen. And this was a calling she felt strongly to support.

A few years ago, after leaving her job as Education Services Division Head, Kristen drove over to Grunt Style to pick up a few clothing items for her husband. As soon as she walked through the doors she felt the immediate change of environment, one that came naturally for the veteran-owned veteran-operated company.

Kristen quickly found herself in conversation with others who shared the familiar commonality of the military life. Since she and her family lived in the western suburbs of Chicago – which was nowhere near a military post – she had never felt as understood as a military wife as she had at that very moment. It was the piece of her life that had been missing.

“A lot of people would look at me with pity,” says Kristen. “But I had been doing it for so long, that I didn’t need people to look at me that way. It felt great to walk into a company with a ton of people who understood me.”

The next thing she knew, she was offered a job at Grunt Style.

Without missing a beat, Kristen quickly declined the offer. She explained that she had just left a career to spend the last six months with her husband before he deployed, and how she was focusing on living in the moment with him and their two children. She was assured the receptionist position would not interfere with these plans. So Kristen went home that day and discussed it with her husband, who was supportive.

Two short weeks after she started the job, Founder and CEO Daniel Alarik quickly pulled her aside and informed her that effective immediately she was the Executive Assistant to COO Tim Jensen. Daniel saw Kristen’s potential and knew he wanted her to play a bigger role in his fast-growing company.

When Kristen first accepted the job she had no idea it would not only change her life, but her family’s as well.

Today, she works as the Chief of Staff for the COO, opening new distribution centers and production areas. She and her family recently relocated to San Antonio to open a U.S. manufacturing facility, where the patriotic apparel company will continue producing its “American Made” line.

“We are a lifestyle brand,” says Kristen. “I’m just really blessed to have the opportunity to work for such a great company.”