Sign Up for Our Newsletter: Subscribe
You are here: Home / NEWS / MSN.com – Trying to be “supermom” can raise risk for depression 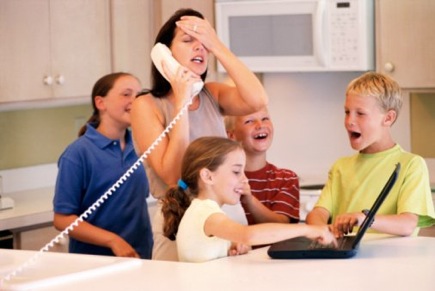 However, working moms who don’t cut themselves any slack and have unrealistic expectations about how easy it will be to balance work and family have higher levels of depression than their more laid-back counterparts.

Researchers analyzed survey results from 1,600 married U.S. women who had children at home and were participating in the National Longitudinal Survey of Youth.

Overall, women who were employed either full or part time were less likely to be depressed than those who stayed at home. Signs of depression included difficult concentrating, feeling lonely, sad or restless, having trouble sleeping or getting going in the morning and feeling unable to shake the blues.

But working women surveyed who were less sure about the ability of women to balance careers and family were also less apt to show symptoms of depression than women who thought it was going to be easy to do both, according to the study.

“The findings really point to the mismatch between women’s expectations about their ability to balance work and family. Women still do the bulk of household labor and child care, even when they’re employed full time,” said study author Katrina Leupp, a graduate student at the University of Washington in Seattle. “Women who go into employment expecting it to be difficult — ‘I’m going to have to work full time and do the laundry at night,’ but who are accepting of that are less likely to be frustrated than women who expect things to be more equal with their partners.”

So how can working moms cope?

“Be gentle with yourself and accept that balancing work and family feels hard because it is hard, rather than feeling that guilty or unsuccessful if you can’t devote as much time as you would like to your job and to your family,” Leupp said.

For more information about working women, visit the Women Employed.