Sign Up for Our Newsletter: Subscribe
You are here: Home / BLOG / The Second Trimester of Pregnancy – an OB-GYN’s Perspective 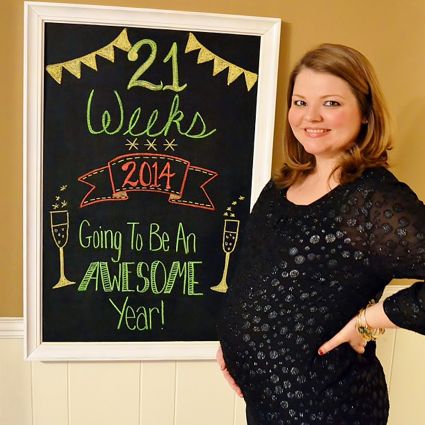 The Second Trimester of Pregnancy – Weeks 13-28

The second trimester of pregnancy is often referred to as the “honeymoon” phase of pregnancy. The fatigue and nausea common during the first trimester resolve.  Expecting mothers feel better than they have in 3 months and start to show. Many patients wait to tell family and friends that they are pregnant until entering the second trimester so it is a fun time.

At Midtown OBGYN and most OB offices a routine “Anatomy” ultrasound is done at 20 weeks. This is a comprehensive ultrasound to assess all of baby’s anatomy. While gender can be determined as early as 16 weeks by ultrasound, the anatomy at 16 weeks is very limited. For this reason many patients elect to do an elective gender ultrasound at 16 weeks.

I have witnessed a big rise in “Gender Reveal” parties during the past few years. We have patients come in for gender ultrasounds and ask for the results in a sealed envelope that is opened at a planned party. I have also seen an increase in “Surprise Gender” in the past few years where patients request to not know the gender until delivery. I remind our patients who want to be surprised to please remind US of that at every ultrasound!

The other routine test performed during the second trimester is screening for Gestational Diabetes. Risk factors are not accurate to predict who may develop gestational diabetes, so all pregnant women are screened. This involves drinking a sugary drink and blood testing of sugar levels one hour later. About 15% of pregnant women will need a more advanced 3 hour test.  Approximately half of those women needing the advanced test will have Gestational Diabetes.

In the absence of any high risk factors, gestational diabetes screening is performed at 28 weeks. This is also the time that RH Negative Moms receive ‘Rhogam’. Blood type is determined in the first trimester and depending on ethinicity, 5-15% of women are RH Negative.  The RH factor is a blood cell identifier (IE A+ or A-, or B+ or B-) This does not cause a problem during current pregnancy, but can in future pregnancies if Rhogam not administered. If the baby’s blood type is RH Positive and a Mom is RH Negative, the Mom can form antibodies that would react to a baby in a future pregnancy. The Rhogam prevents these dangerous antibodies from forming.

The second trimester is also time to look out for symptoms of preterm labor. The things to watch for include:

Patients usually worry that they won’t know what contractions feel like, but I have found that usually patients know when they have contractions. It is best compared to menstrual cramps. And in the second trimester, if you have more than 5 cramps in an hour or any cramps associated with bleeding or leakage of fluid I would recommend contacting your OB provider. Preterm labor is more common in the third trimester but it is definitely something to watch for in the second trimester.

Dr. Serena Tidwell is an OB/GYN with Midtown OB/GYN.  She completed residency at Wake Forest University after graduating from The Medical College of Georgia and Emory University. She is the 2013 winner of our Choice Award for Best OB/GYN.