Sign Up for Our Newsletter: Subscribe
You are here: Home / BLOG / Six Foods Pregnant Women Should Avoid 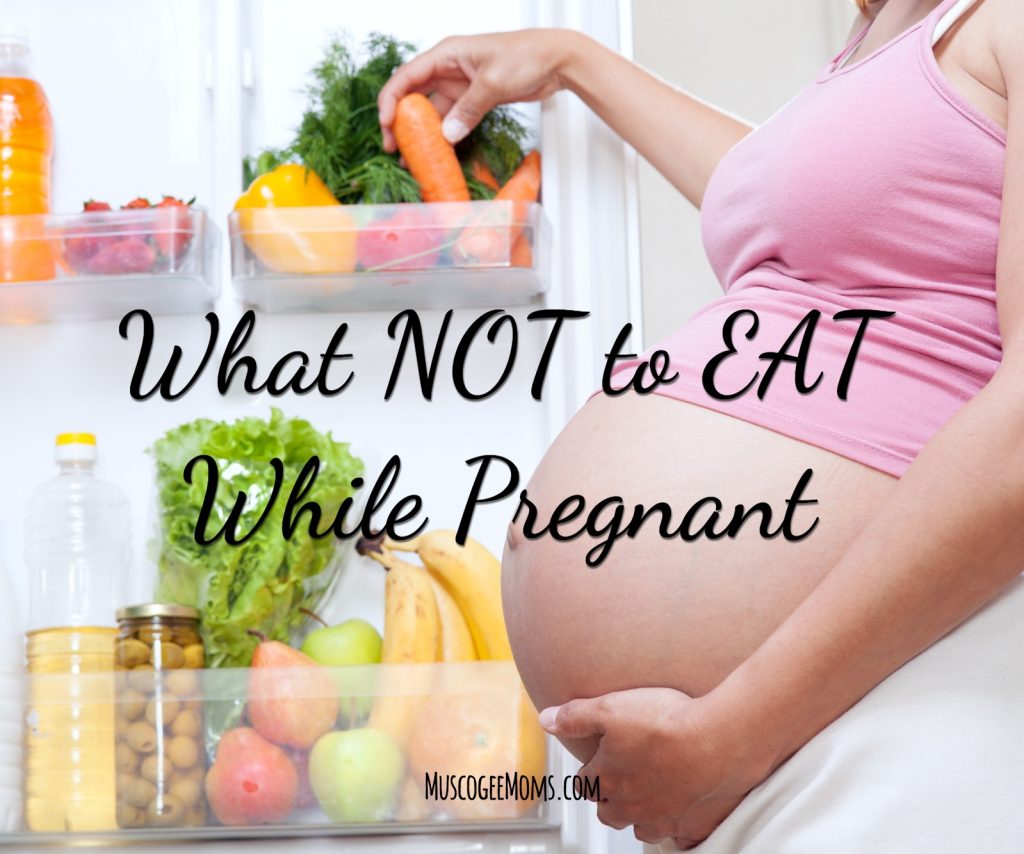 Editor’s Note: Healthy eating during pregnancy is critical to your baby’s growth and development. Here is a list of six foods women should avoid during pregnancy from Caroline Musall at ACES Extension Daily.

Whether you’re a 6-day-a-week yogi or a couch potato, your pregnancy is the time to be as health conscious as possible.

What you eat not only affects your health but also your baby’s as well. Eating healthy foods and avoiding unhealthy ones will support your baby’s development and can even help it cultivate a preference for healthy foods.

Katie Funderburk, a registered dietitian with the Alabama Cooperative Extension System, shared her list of six foods that all pregnant women should avoid.

Caffeine should be avoided both while pregnant and breastfeeding. Caffeine consumption has been linked to an increased risk of miscarriage during the first trimester. There are no specific recommendations on how much caffeine is acceptable while pregnant.

Caffeine should also be avoided while breastfeeding as it can be transferred to the baby. “Caffeine found in breast milk can lead to irritability and trouble sleeping for the baby,” Funderburk said. “An excess amount of caffeine in breast milk may also block the baby’s absorption of nutrients in breast milk, like iron.”

Pregnant women should avoid all unpasteurized products, including those labeled as raw. Common products include: unpasteurized cheeses, undercooked eggs, raw sprouts and raw juices. “These foods pose a high risk for developing a foodborne illness, especially for pregnant women and fetuses, both of which have weakened immune systems,” Funderburk said.

Saccharin, commonly known as Sweet ‘N Low, should not be consumed while pregnant. Studies have shown that saccharin can cross the placenta and remain in fetal tissue. “Other artificial sweeteners such as Stevia and Splenda (Sucralose) have been deemed safe by the Food and Drug Administration to consume while pregnant or breastfeeding,” Funderburk said.

Cold cuts, luncheon meat, and deli meat may contain Listeria, which can increase the potential for miscarriage and has the ability to cross the placenta and infect the fetus. However, it is safe to consume cold cuts while pregnant as long as they are heated until steaming to kill any possible bacteria.

“Pregnant and breastfeeding women should eat two to three (8-12 oz.) servings of low-mercury fish per week,” Funderburk said. “Low-mercury fish include: salmon, tilapia, catfish, and cod. White albacore tuna may be consumed but should be limited to 6 oz. per week.”

Pregnant women must consume additional calories to feed both themselves and their developing baby, but it is important that these calories come from nutritious sources. “Pregnant women should avoid junk foods because of their high content of sugar, sodium, saturated and trans fats,” Funderburk said. “Eating too much of these types of foods can lead to high blood pressure, high blood sugar and excess weight gain.” Pregnant women should focus on consuming a diet rich in fruits, vegetables, whole grains, dairy and lean protein.

Extension Daily is the official blog of the Alabama Cooperative Extension System (ACES). Reprinted with permission.