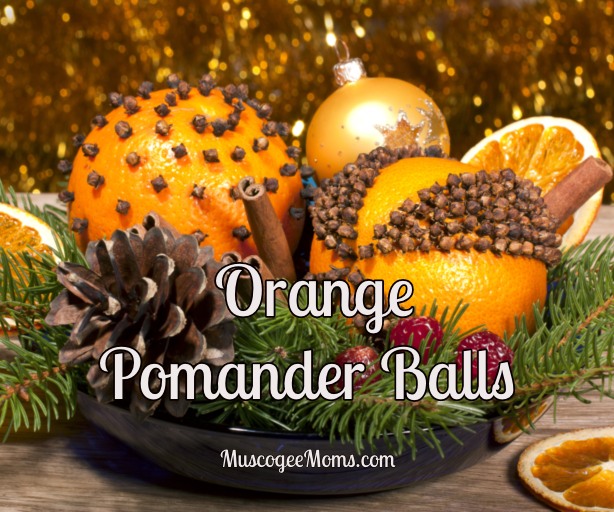 I remember making orange pomander balls as a small child. My mother would buy a bag of oranges and a large jar of whole cloves. Then we would sit around the kitchen table and listen to Christmas music while decorating our oranges. It was a labor-intensive but enjoyable task to totally cover the oranges with the cloves and then roll them in a blend of powdered orris root, ginger, cinnamon, and allspice. The house smelled divine!

The tradition of making the orange/clove pomanders migrated to the United States from England during Colonial Times. As oranges were rare and expensive items, apples were substituted with a similar effect. By the 18th century, a pomander was more often than not an orange studded with cloves and other spices. These made for popular gifts during Christmas and New Years. Many people make this type of pomander today in order to scent their homes and clothing.

You can group your pomanders as a fragrant centerpiece or hang the smaller ones as ornaments on your Christmas tree. Hang a few of the larger pomanders in a window. Or set them around the house as natural air fresheners. Enjoy!