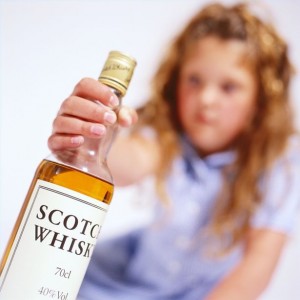 A surprising number of parents (one in four) believe that early exposure to alcohol will discourage children from drinking in adolescence and help prevent alcohol abuse later on, according to a new study from the RTI International and the University of North Carolina at Chapel Hill.

The study, which was published this week in the Archives of Pediatrics & Adolescent Medicine, looked at data collected from 1,050 mothers and their third grade children.

Seems to us that the best thing for parents to do is to delay exposure to alcohol for as long as possible.