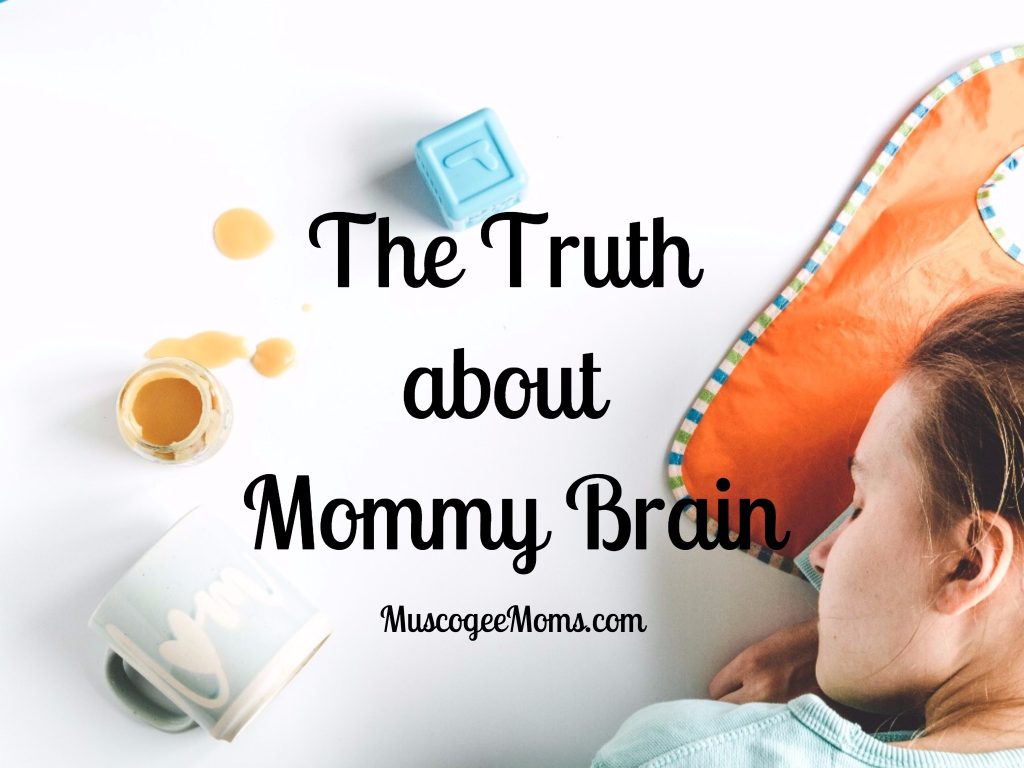 The Truth About Mommy Brain

Recently my husband asked for me to pour him some raspberry lemonade after I had ventured into the kitchen. I was looking for something to snack on. But just as quickly as I put the glass pitcher back in the frig, I promptly forgot that I had poured it for him and started drinking it.

Now, before one begins to wonder whether I suffer from short-term memory loss, let me explain. I have a 12-week-old daughter, and a 17-month old son. Needless to say, sleep is quite hard to come by these days. After a few more similarly embarrassing moments, I decided to find out whether this current fog that I have found myself in – the one so many of us refer to as “mommy brain” – is a real thing. And I was quite surprised with what I discovered.

Women often complain that they feel like their brains have quite literally turned to mush during pregnancy and the postpartum period. They report trouble remembering things that they used to remember easily before. To my surprise, research confirms that a pregnant woman’s brain does, in fact, shrink.

During pregnancy, everything changes. For most new moms, some of the starkest differences are also be the most intimate – the emotional changes. These emotional changes, it turns out, are also largely neurological. Even before giving birth, pregnancy messes with the very structure of a woman’s brain.

Scientists have discovered that first-time moms have reduced grey matter in brain regions associated with the ability to attribute thoughts, feelings and intents to themselves and others. Although, this does not mean that their social abilities suffer. On the contrary! Studies show that pregnant women have enhanced emotion and face recognition.

Once upon a time, “mommy brain” was associated to a spacey stage of foggy brain and forgetting where the car keys were placed. While there is some truth to this forgetfulness, scientists believe that it’s the brain’s way of telling a mom to dial down multi-tasking mental tasks to focus more on her baby.

Further studies prove that just a few months after giving birth, a new mom’s brain then actually grows! In addition, moms who gushed the most about their new bundles of joy showed the most growth!

Research shows that significant growth is seen in several parts of a mom’s brain just a few months after giving birth. These areas include the hypothalamus, prefrontal cortex and amygdala.

The growth is related to motivation, reward behavior and emotion regulation. In other words, by reshaping itself the postpartum brain creates motivation for a mom to take care of her baby. To top it off, she will feel happy and rewarded when she does it!

“We see changes at both the hormonal and brain levels,” said brain researcher, Ruth Feldman. “Maternal oxytocin levels, the system responsible for maternal-infant bonding across the mammalian species, dramatically increase during pregnancy and the postpartum period. The more mother is involved in childcare, the greater the increase in oxytocin.”

Because of this, becoming a parent looks a lot like falling in love. At least in the brain. This could help explain how many new parents describe feeling when they meet their newborns for the first time.

Interestingly enough, brain changes aren’t limited to just new moms. Men show similar brain changes when deeply involved with the caretaking of their babies. Oxytocin doesn’t seem to drive nurturing behavior in men the same way that it does in women. Instead, a man’s parental brain is supported by a socio-cognitive network that develops in the brain of both sexes later in life. Whereas, women appear to have a “brain-hormone-behavior constellation” that’s automatically primed for mothering.

Another way to look at this is that the blueprint for mothering behavior exists in the brain even before a woman has children. The greatest brain changes occur with a mother’s first child, and it isn’t clear yet whether it ever goes back to the way it was before childbirth.

Perhaps, motherhood is really like a secret space inside of a woman’s brain, just waiting to be discovered. Researchers say that because only mothers experience pregnancy, birth and lactation, these provide incredibly powerful primers for the expression of maternal care.

At this point, I think my current forgetfulness may be a direct result from the lack of catching enough Z’s. And perhaps due to simple exhaustion from chasing my curious little 17-month-old while toting a newborn in a Tula. Only time will tell.

In the meantime, I hope my husband accepts that I may continue to drink his raspberry lemonade.