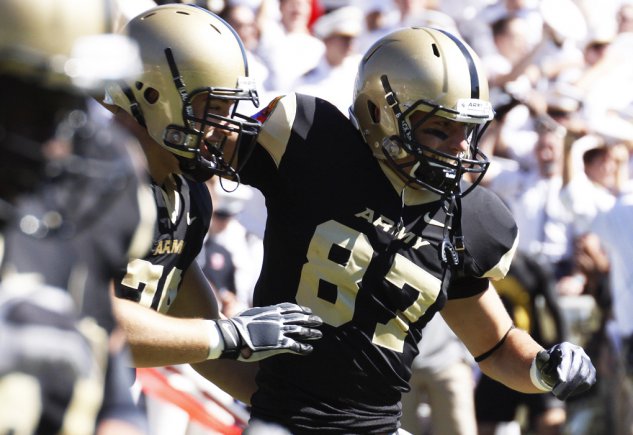 What:  Army Annual Black and Gold Scrimmage
When: Friday, March 9
Time: 2:00 p.m.
Where: Fort Benning’s Doughboy Stadium
Cost: Free and open to the public!
In an ongoing effort to strengthen its bond with the men and women of the U.S. Army, the Army football team will hold its annual Black/Gold Game at Fort Benning’s Doughboy Stadium on March 9. The event begins at 2 p.m.
“It’s something we’re anxious to do,” Army Head Coach Rich Ellerson said. “It makes too much sense. As spring football games have become a little bit more of a media event, it’s a chance for us to showcase the program and articulate that connection with the U.S. Army. Maj. Gen. (Bob) Brown (the Fort Benning commanding general) shares that vision as well. It will be a great experience for us and hopefully for the folks at Fort Benning. It’s a first-time thing. We had to get an exception from the NCAA, but it makes sense given the institutional relationships. We’ll see where it leads us.”