Sign Up for Our Newsletter: Subscribe
You are here: Home / EVENTS / Fun / Wind Down from Summer with Hasbro Family Games

Have you taken advantage of the summer months? Hopefully you’ve had plenty of fun making memories with your family. As we head into the school year, here are a few noteworthy updates from Hasbro games to help bring your family together on the remaining summer days and nights – and beyond! 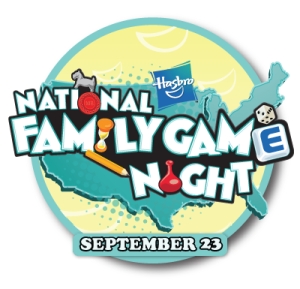 It’s hard to believe, but September 29 is barely a month away!

Celebrations will be taking place at kitchen tables and in living rooms across the country – make sure this celebration is marked on your calendar! 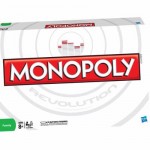 In 2010, Monopoly turns 75 years young and even with age it has never been more modern than in the latest edition, Monopoly: Revolution Edition. Your family will love the updated board (it’s round!) and the sound effects and music from the past five decades that play from the electronic banking unit! Family Game Night may never be the same again.

The Game of Life celebrates 50 years 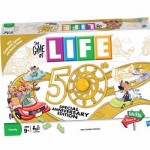 In a year of special anniversaries, The Game of Life also celebrates a milestone as it turns 50 in 2010. To honor the golden anniversary of this family favorite, The Game of Life: 50th Anniversary Edition is being introduced this fall. The new edition even includes a golden spinner and Life coins which add action to the game and give your family the chance to have real life discussions throughout the game. Think of the conversation gems you can uncover as your family chats over this beloved board game.

Find out more about The Game of Life: 50th Anniversary Edition here.

Be sure to find Hasbro Games on the web!