Sign Up for Our Newsletter: Subscribe
You are here: Home / BLOG / 6 Things Parents of Children with Autism Want You to Know 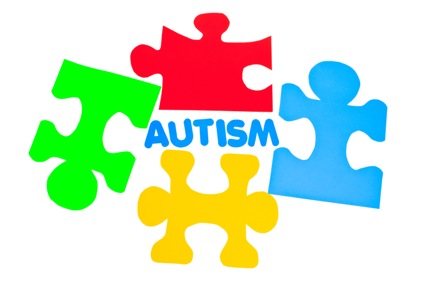 6 Things Parents of Children with Autism Want You to Know

Parenting in general is hard. We all face struggles. But parenting a child with Autism Spectrum Disorders (ASD) can be especially stressful and challenging. In hopes of raising awareness and better understanding, we polled our fans to find out what parents of children with autism really want you to know about their kids. Here’s what they had to say:

Note: At the request of several parents, we omitted their names to protect their privacy.

1. Kids with autism are not products of bad parenting.

First and foremost, autism is not the result of bad parenting. In fact, we think you’d be hard pressed to find better parents than those who are raising kids on the spectrum. Yes, autism makes moms and dads parent differently, but there is a reason for that. (See #5). In fact, a 2014 study shows clear and direct evidence that autism has its roots during prenatal brain development. We fully expect researchers to push the limits of current brain imaging technologies to find out more.

“None of my son’s behaviors are due to poor parenting so please don’t look at us like we can fix or change it,” says Beth R. “You have no idea what it takes some days to actually go out in public. Most times we don’t want to go out but for the sake of the other kids and ourselves, sometimes we truly can’t stay enclosed anymore.”

Shannon B. agrees. “Never jump to conclusions unless you have walked in another person’s shoes. Things are almost never what they seem.”

“He has repetitive behaviors that can appear to an outsider that he is behaving badly,” says Elizabeth H. “It is not bad parenting and spanking him just tells him it’s OK to hit. That’s the way his brain processes that and you can’t change it. It takes a lot to get him out of a meltdown. Loud noises and large crowds are especially over-stimulating to him. Don’t judge our situation until you know what is going on.”

“His behavior is not a result of bad parenting, I can’t just fix it,” says Annonymous. “He’s not trying to be a mean kid, he’s just impulsive and doesn’t think. If he is frustrated, upset, or hears loud noises, his reaction is to scream, act out, or cover his ears rather than talk about it. That’s how he handles it, he can’t help it. If there is a button he will push it, if there is a switch he will flip it on and off. He will push all your chairs under and close your cabinets if they are open even if you don’t want him to, he feels compelled to do that. If he did something wrong he won’t just say he is sorry. And if you tell him to, he will do it but it may seem nonchalant because he has a hard time feeling empathy. Yes he can talk…about what he wants to talk about. He might not want to talk to you or answer your questions, he’s not trying to be rude.”

2. No two kids with autism are alike.

Autism is not a cookie cutter disability. It is a “spectrum” of closely-related disorders with a shared core of symptoms. Every individual on the spectrum has problems to some degree with social skills, empathy, communication, and flexible behavior. But the level of disability and the combination of symptoms varies tremendously from person to person.  That’s why autism is usually represented by puzzle pieces.

“My son is an amazing boy,” says Elizabeth H. “He can recall things that you would think he has no clue about. The hard part is getting that information out of him. You can’t just ask him and he tell you.”

Annonymous agrees. “What I wish people knew about my son is that he is a sweet and kind boy, Mostly I want people to know that autism comes in many forms on the spectrum. It doesn’t have to be so severe that you can tell just by looking at someone.”

Autism is often a hidden disability. There are no distinctive physical features or markings. Nor does autism always impact cognitive ability. That doesn’t mean the diagnosis isn’t real. Doctors are very careful before making a medical diagnosis. Parents are referred to a developmental pediatrician or to a team of autism specialists for a comprehensive evaluation. It takes time, and multiple tests and evaluations. So if a parent tells you their child has been diagnosed with autism, believe them.

“Not all disorders carry physical markings,” says Michelle M. “A soldier with PTSD does not walk around with a sign, nor does someone with a new cancer diagnosis.”

Lynn S. agrees. “Just because he looks normal outside to you at the moment does not mean everything is OK all the time! Life is a minute to minute struggle.”

“If I could get others to understand one thing about my autistic daughter, I would explain that just because she is high functioning and gifted, doesn’t mean that her struggle isn’t real or she is lucky,” says Annonymous. “The worst is from well meaning family who have said, “I don’t think there is really anything wrong with her. She acts normal for me…” Or, “she’s too smart to be autistic. You’re just spoiling her.”

4. Have some empathy. Don’t judge.

While they may look typical on the outside, kids with autism have unusual characteristics–from lack of eye contact, to repetitive behaviors, to difficulty sharing toys, or repeating words over and over again.  So it should come as no surprise that they behave differently.

“If you see a normal-looking kid having a meltdown, acting out, or acting strangely in public, don’t automatically assume that he is a spoiled, over-indulged brat,” says Annonymous. “Odds are, that child is autistic. Most autistic children have some sort of unusual behavior, such as lack of eye contact, repetitive behavior, difficulty sharing toys, or repeating words over and over again.”

Shannon B. agrees. “Never jump to conclusions unless you have walked in another person’s shoes. Things are almost never what they seem.”

“Please don’t judge before you understand. And please take the time to try and understand, educate yourself before you go making your rude comments about what bad parenting someone has. My son didn’t pick his diagnosis, it picked him. With 1/68 being diagnosed, it is far too common to be in the dark about it, so please Lite it Up!” says Annonymous.

Nope! Sorry. The truth is, children with autism don’t always have a clear comprehension of cause and effect. Their brains simply don’t operate in the same way as typically developing kids. Their behavior challenges are bigger and more complex, and solving them is more difficult. Hence, parents are strongly advised by almost every autism expert to find alternative methods of discipline.

Even spanking-advocate Dr. James Dobson states in his book The New Dare to Discipline that corporal punishment is “simply not appropriate for the neurologically handicapped child.”

“There is a whole slew of ways to work on behavior, but the only CDC-approved way is ABA (Applies Behavioral Analysis). It’s the only approved non-medicinal way–period. Spanking, berating, and other helpful suggestions are not conducive to the issues at hand. Please keep that in mind before you open mouth and insert foot,” says Michele M.

Shannon T. agrees. “Spanking my child will not fix him! Do not judge me and assume I’m a bad parent just because my child is having a meltdown. My child does not look autistic because there is not a specific way that all autistic people look. Just because he looks normal does not mean that his actions are a reflection of my bad parenting. And yes, both children in sets of twins can be autistic.”

A 2009 study shows that mothers of children with autism have chronic stress similar to that of combat soldiers. It is very easy for these moms to feel socially isolated. You may not fully understand or “get it”, but trust us–your friend will appreciate that you cared enough to ask, and she will be grateful for a listening ear.

“Odds are, your children know at least one kid with autism and interact with him or her on a daily basis. Talk to your kids about accepting and understanding differences. Teach them to be kind to others, and let them have play dates with your friends’ kids,” says Annonymous.

“If you don’t know what to do or say, ask for suggestions. Most times the peripheral affected have the answers for you. Those same people will have more respect for you in doing so,” says Michelle M. “Most of us are doing the best we can. The best thing you can do for a parent with a child/adult with Autism is to let them know you are there to support them. (Notice I didn’t say help.) Sometimes we just need someone to talk to, letting the burden go.”

Finally, learn what you can about Autism and learn the lingo. Then teach your kids to be kind and accepting of others, especially the “quirky” kids. For more ideas on how you can help, check out this Awesomely Big List of Ways To Help Parents of Autistic Kids.

Autism spectrum disorders (ASDs) are a range of complex neurodevelopment conditions that involve delayed or impaired communication and social skills, behaviors, and cognitive skills. Symptoms of ASDs range from mild to severe. Autism statistics from the U.S. Centers for Disease Control and Prevention (CDC) identify around 1 in 68 American children as on the autism spectrum